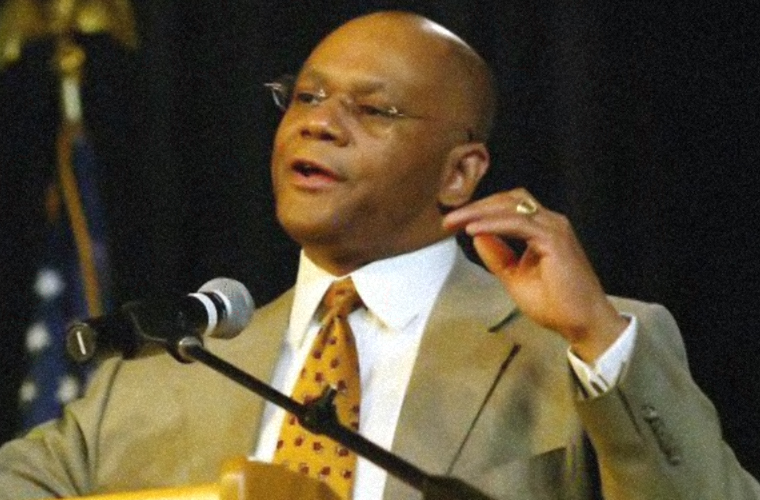 Freeman Bosley, Jr., the great-grandson of a slave, was elected mayor of St. Louis, Missouri, and sworn in early in 1993. Bosley is recognized in St. Louis as a consensus builder who was able to garner votes from both the white and black residents of the city on a platform of fiscal belt-tightening and economic development in urban neighborhoods. A second-generation politician whose father has served St. Louis as an alderman for more than a decade, Bosley is the first African American mayor of that important Midwestern city. As a lifetime resident of the city he now runs, he achieved the top office by dedicating himself to the proposition that citizens of all races must work together to improve urban conditions.

Just prior to his election, Bosley told the St Louis Post Dispatch: “It takes both black and white keys to play ‘The Star-Spangled Banner’… My father taught me that.” That theme—of blacks and whites existing in harmony like the keys on a piano—has reverberated through Bosley’s campaign and tenure as mayor of St. Louis. He has faced challenges from nature, with the devastating Mississippi floods of 1993, as well as the more controversial political challenges of curbing school busing programs and allocating more money for neighborhood school systems. In addition, he has sought to increase black participation in business and government. During his campaign, Bosley spoke repeatedly about the need for change in St. Louis, and his admonishments found an enthusiastic audience. St. Louis Post Dispatch correspondent Florence Shinkle noted that Bosley, a “temperate, mainstream” character, “begins hopefully with the expectancy that he will indeed effect unity in a polarized city.”

Bosley is a third-generation St. Louisian. He grew up in a series of tightknit, urban neighborhoods, where his family and the others around him took great efforts to keep their properties clean and attractive. The mayor told the St. Louis Post Dispatch that in his younger days: “First you cleaned up the front yard, then the backyard, then your part of the alley. And if you didn’t get your part of the alley cleaned up before your mother came out to inspect, you had to do the neighbor’s part, too. Cleaning up doesn’t take a lot of money, and I’m going to emphasize that.”