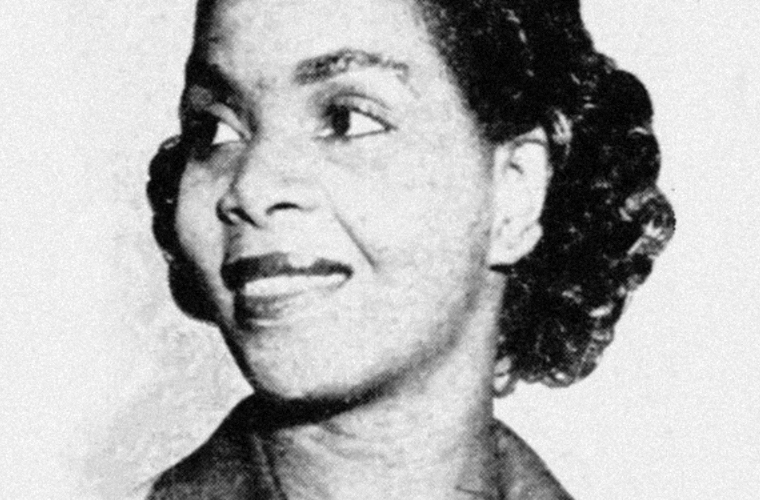 Irene Morgan was a civil rights activist who, a decade prior to Rosa Parks’ landmark case, won her own U.S. Supreme Court Case in ‘Irene Morgan v. Commonwealth of Virginia,’ which declared interstate transport racial segregation to be unconstitutional. Irene Amos Morgan Kirkaldy (April 9, 1917 – August 10, 2007) was an African-American civil rights activist. More than a decade before Rosa Parks’ landmark case, Morgan refused to give up her seat on a Greyhound bus. After her arrest for this act of defiance, Morgan sought NAACP counsel and her case made its way to the United States Supreme Court in Irene Morgan v. Commonwealth of Virginia, 328 U.S. 373 (1946). In a landmark decision, the Court declared interstate transport racial segregation to be unconstitutional. Morgan’s case inspired the Journey of Reconciliation and paved the way for future civil rights activism, including the Freedom Rides. Morgan died at the age of 90 at her home in Hayes, Virginia from complications with Alzheimer’s disease.

On July 16, 1944, Morgan bought a $5 ticket from the “colored” window at Haye’s Grocery Store and boarded a crowded Greyhound bus to return home to Baltimore, Maryland after visiting her mother in Gloucester, Virginia. She was not feeling well, having recently experienced a miscarriage, and was relieved to find a place to sit down at the back of the jam-packed bus as she made the long journey home. Morgan found an aisle seat next to a young mother and her baby.

Although she was seated in the back of the bus in the section explicitly dedicated to “colored” passengers, when a white couple boarded about an hour into the trip, the bus driver demanded Morgan give up her seat for them. Morgan refused and encouraged her seatmate to do the same, asking her “ Where do you think you’re going with that baby in your arms?”

The bus driver then pulled into the nearest town and Morgan was arrested in Saluda, Virginia where she promptly tore up the arrest warrant and kicked the arresting officer in the groin after he grabbed her arm and attempted to pull her off the bus. She was charged with resisting arrest and violating Virginia’s Jim Crow transit laws. Morgan pleaded guilty to the charge of resisting arrest but refused to plead guilty for violating Jim Crow laws.

Morgan appealed her conviction and Thurgood Marshall, legal counsel of the NAACP, represented her in the Supreme Court case, Irene Morgan v. Commonwealth of Virginia, 328 U.S. 373 (1946). In a 6-1 momentous decision, the Court declared interstate bus racial segregation to be unconstitutional. It was the first transit case the NAACP brought before the Court and was nearly a decade prior to the landmark desegregation case, Brown v. Board of Education (1954).

In 1947, activists with the newly formed Congress of Racial Equality (CORE) rode buses for two weeks across four southern states in what became known as the Journey of Reconciliation in an attempt to “test” the new Court ruling. As they rode, they celebrated Morgan with the song, “You Don’t Have to Ride Jim Crow,” singing “Get on the bus, sit anyplace, ‘Cause Irene Morgan won her case.” The group successfully rode buses in Virginia but by the end of the Journey, the protesters had been arrested on six occasions for refusing bus drivers’ orders to segregate.

Inspired by Morgan, their activism helped bring awareness to the continued injustices faced by African Americans in the South and also directly inspired the Supreme Court’s expansion of the Morgan ruling to bus terminals used in interstate bus service in Boynton v. Virginia (1960) and the Freedom Rides. Many also credit Morgan’s triumph to motivating additional challenges to Jim Crow including Rosa Parks’ famous refusal to give up her bus seat in Montgomery, Alabama in 1955.

The granddaughter of slaves, Irene was born on April 9, 1917, in Baltimore, Maryland to Robert and Ethel Amos. The sixth of nine children in a Seventh-day Adventist family, she had a modest upbringing and worked odd jobs as a teenager to help her family during the destitute times of the Great Depression. After dropping out of high school, Irene married Sherwood Morgan, Sr. and the couple had a son and daughter. For a short time, she worked on the production line for B-26 Marauders at Glenn L. Martin, an aircraft manufacturer and defense contractor and her husband worked as a dockman. In 1945, the family moved to New York and in 1948, at the age of 32, Sherwood died leaving Irene alone with two young children. About a year later, she married dry-cleaning business-owner Stanley Kirkaldy. Together, the couple ran a cleaning and child-care businesses in Queens.

Irene moved to Virginia in the last years of her life and passed away in her home on August 10, 2007, from complications of Alzheimer’s disease.

Morgan continued her interest in civil rights following her infamous bus ride. She regularly campaigned for desegregation in schools and worked to provide an environment of warmth and support for those around her. She cared for her husband who was a quadriplegic in his last years of life. She routinely opened her home to the homeless for Thanksgiving dinner. But her victories have largely gone unrecognized.

Fifty-one years after her name first made the newspaper headlines for refusing to give up her seat on a bus, in 1995, Morgan was featured in an award winning-documentary along with the survivors of the 1947 Journey of Reconciliation and her story was once again in the spotlight. In 2001, Morgan received her much-deserved but long-overdue recognition when President Bill Clinton awarded her with the Presidential Citizens Medal along with Muhammad Ali, Hank Aaron, and 25 others. In 2010, Morgan was inducted into the Maryland Women’s Hall of Fame.

Morgan never set out to be a civil rights activist but without her strength, the civil rights movement may not have been what it is today. Put simply, producer of the 1995 documentary You Don’t Have to Ride Jim Crow!, Robin Washington succinctly stated, “if you know the name Rosa Parks, you need to know the name, Irene Morgan.”