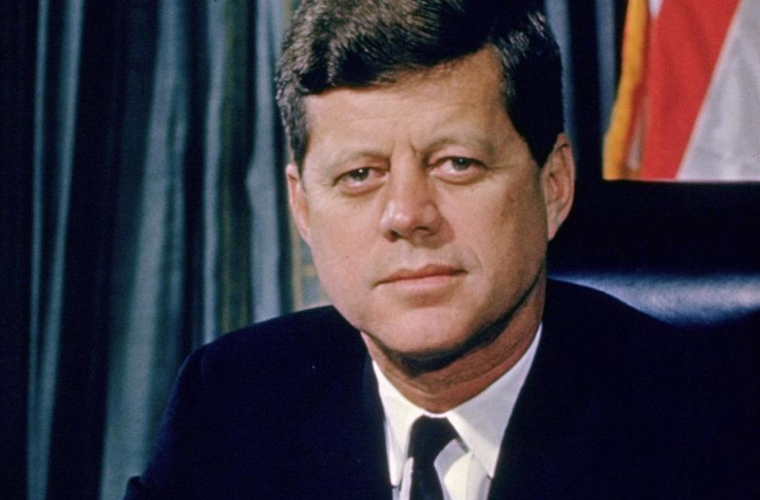 Elected in 1960 as the 35th president of the United States, 43-year-old John F. Kennedy became the youngest man and the first Roman Catholic to hold that office. He was born into one of America’s wealthiest families and parlayed an elite education and a reputation as a military hero into a successful run for Congress in 1946 and for the Senate in 1952. As president, Kennedy confronted mounting Cold War tensions in Cuba, Vietnam and elsewhere. He also led a renewed drive for public service and eventually provided federal support for the growing civil rights movement. His assassination on November 22, 1963, in Dallas, Texas, sent shockwaves around the world and turned the all-too-human Kennedy into a larger-than-life heroic figure. To this day, historians continue to rank him among the best-loved presidents in American history.

Born on May 29, 1917, in Brookline, Massachusetts, John F. Kennedy (known as Jack) was the second of nine children. His parents, Joseph and Rose Kennedy, were members of two of Boston’s most prominent Irish Catholic political families. Despite persistent health problems throughout his childhood and teenage years (he would later be diagnosed with a rare endocrine disorder called Addison’s disease), Jack led a privileged youth, attending private schools such as Canterbury and Choate and spending summers in Hyannis Port on Cape Cod. Joe Kennedy, a hugely successful businessman and an early supporter of Franklin D. Roosevelt, was appointed the chairman of the Securities and Exchange Commission in 1934 and in 1937 was named U.S. ambassador to Great Britain. As a student at Harvard University, Jack traveled in Europe as his father’s secretary. His senior thesis about British’s unpreparedness for war was later published as an acclaimed book, “Why England Slept” (1940).

Did you know? John F. Kennedy’s Senate career got off to a rocky start when he refused to condemn Senator Joseph McCarthy, a personal friend of the Kennedy family whom the Senate voted to censure in 1954 for his relentless pursuit of suspected communists. In the end, though he planned to vote against McCarthy, Kennedy missed the vote when he was hospitalized after back surgery.