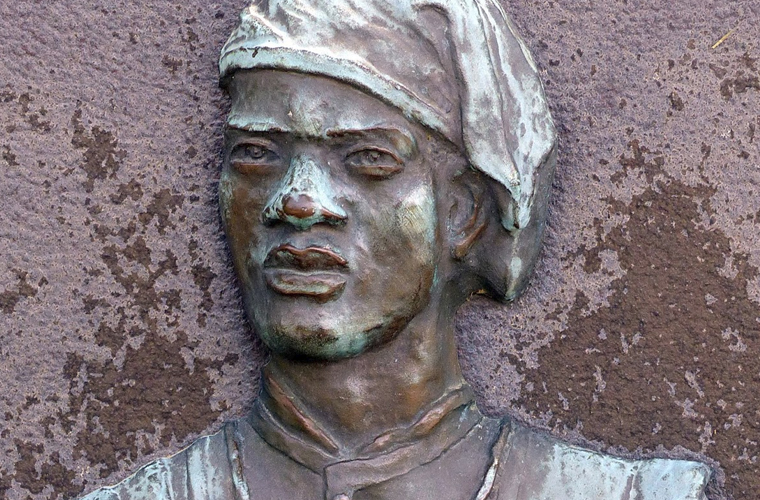 Matthias de Sousa, an indentured servant, was the only black person to serve in the colonial Maryland legislature.  As such he is the first African American to sit in any legislative body in what would become the United States.

As one of nine indentured servants working for Father Andrew White, a Catholic priest, de Sousa arrived at St Mary’s City, St Clements Island, Maryland, in 1634 on the ship The Ark along with White and other European settlers. De Sousa was probably of mixed African and European (possibly Portuguese) descent judging by land records that record him being called a ‘Molato’ (Mulatto) by a priest in the colony.

For the first few years, he lived in Maryland, de Sousa worked for Jesuit priests although the exact details of his activities are not known.  Generally, such servants built and maintained churches and houses for the Jesuits.

In 1638, having worked for the required four years as an indentured servant, de Sousa became a free man. He earned money by continuing to work for the priests.  He also traded English goods with Indians for animal furs and food.  In 1641 he commanded a small boat on a two-month voyage to trade with the Susquehannock Indians. In 1642, de Sousa sailed as master of a ketch belonging to the Provincial Secretary, John Lewger.

De Sousa departed and returned to the capital of the colony, St. Mary’s City, many times.  He also voted and in 1641 he was elected to the Maryland General Assembly, serving until 1642. Soon after, when Susquehannock Indians attacked the English settlers, de Sousa became indebted to John Lewger and to planter John Hollis as he was unable to trade for furs. The last trace of Matthias de Sousa in the records of the colony is an order of the court in 1642 requiring him to reenter indentured servitude.  He was ordered to serve John Lewger for a limited period of time to pay off a debt.

No record remains of de Sousa’s activities after 1642, but the Indians killed some colonists in battles during 1643 and other colonists became sick and died from disease and lack of food.