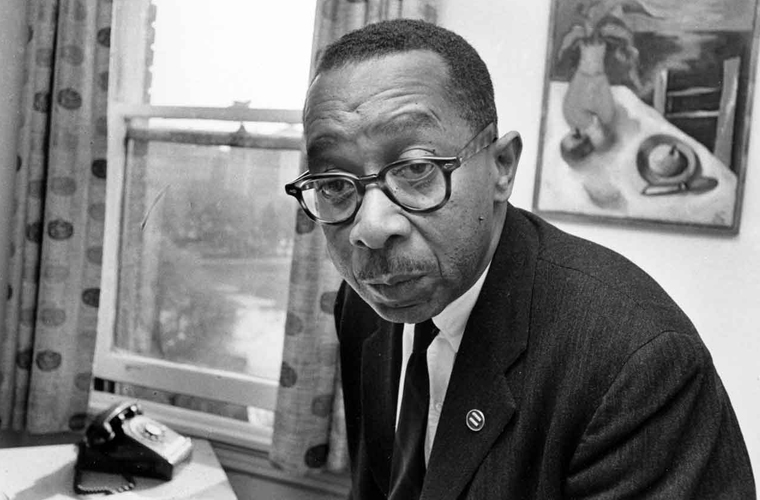 An American social psychologist, Kenneth B. Clark (born 1914) was the best known and most highly regarded black social scientist in the United States. Clark achieved international recognition for his research on the social and psychological effects of racism and segregation.

Kenneth Clark was born on July 14, 1914, in the Panama Canal Zone. At the age of five Clark’s mother moved him and his younger sister to Harlem, New York, where he was educated in the public schools. Clark received his bachelor’s and master’s degrees at Howard University where he met Mamie Phipps, who became his wife and life-long collaborator and colleague. While at Howard the Clarks began studying the effects of racism on the identity and self-esteem of Washington, D.C., school children.

In 1940 they moved to New York City to pursue doctoral studies at Columbia University and to continue their work on the psychological effects of racism. Clark’s early career includes work on the Carnegie-Mydral Project, a brief teaching stint at Hampton Institute while holding a Rosenwald Fellowship, a staff research position at the Office of War Information, and, finally, an appointment to the faculty of the City College of New York. Based on their studies of the pathology of racism and volunteer work with emotionally disturbed children, the Clarks in 1946 established the Northside Center for Child Development.

As a part of their research on the psychological damage caused by racism the Clarks developed the famous “doll tests.” Black children in the early school ages were shown four identical dolls, two black and two white, and were asked to identify them racially and to indicate which doll was best, which was nice, which was bad, and which they would prefer to play with. The tests, administered to children in varying communities around the country, showed that a majority of the children rejected the black doll and expressed a preference for the white doll. For the Clarks, these tests were indisputable evidence of the negative effects of racism on the personality and psychological development of black children. As a result of this research, Clark was asked to prepare a report on the problems of minority youth for the White House Mid-Century Conference on Youth held in 1950. This report, published in revised form as Prejudice and Your Child (1955), summarized the results of the doll tests and related research and brought the young Clark to the attention of the (NAACP), which was preparing to challenge the laws requiring segregation in the nation’s schools.

Clark’s work for the NAACP played a major role in the Supreme Court’s 1954 decision Brown v. Board of Education, which declared school segregation unconstitutional. In his testimony in several of the trials and in the social science brief submitted to the Court, Clark and his colleagues argued that segregation tended to create in black children feelings of inferiority, self-rejection, and loss of self-esteem which affected negatively their ability to learn. The influence of Clark on the Court’s decision is apparent in the unanimous opinion written by Chief Justice Earl Warren. The Chief Justice wrote ” … the policy of separating the races is usually interpreted as denoting the inferiority of the Negro group. A sense of inferiority affects the motivation of the child to learn. Segregation with the sanction of law, therefore, has a tendency to retard the educational and mental development of Negro children. ….” To support this central finding of the Brown decision the Chief Justice cited (in footnote 11) several social science studies, the first being Clark’s Effects of Prejudice and Discrimination on Personality Development.

As a result of his work on the Brown case, Clark in subsequent years became a leading advocate of school integration and an intellectual leader of the civil rights movement, while continuing his research on the effects of racism and urging the application of social science research to the resolution of the nation’s race problems. In 1966 he authored Dark Ghetto, a prize-winning study of the dynamics of racial oppression and the resulting pathologies of the American ghetto. Clark was also instrumental in the establishment of the Metropolitan Applied Research Center and the Joint Center for Political Studies, institutions devoted to making social science research relevant to the civil rights movement and to the process of social change.

Appointed visiting a professor at Harvard, Columbia, and the University of California, Berkeley, Clark was also a member of the boards of trustees at the University of Chicago and at Howard University and was the winner of numerous awards, including in 1961 the NAACP’s Spingarn Medal. In 1966 he was appointed to the New York State Board of Regents, the first black to serve on that state’s highest education decision-making body. Clark was also Distinguished Professor of Psychology at the City University of New York and was generally recognized as one of the nation’s leading social scientists.