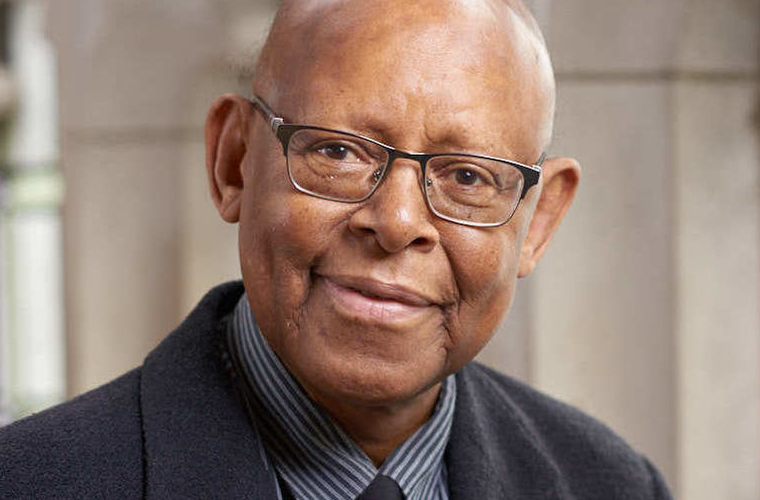 “Always my attempt is to understand the meaning of faith, the meaning of God, in a world that is broken,” theologian and religious writer James H. Cone revealed to Nessa Rapoport in a Publishers Weekly interview. Regarded as the father of black theology, Cone has devoted his professional life to the study of religious faith from an African viewpoint. In 1970 he wrote A Black Theology of Liberation, a groundbreaking, influential work that links the study of Jesus Christ’s life with the African-American experience. Cone presents the position of blacks in American society as symbolic of the oppressed poor around the globe, and his theories reportedly served as an inspiration to the organizers of Latin American liberation theology. Furthermore, his vision of Christ as a social revolutionary stimulated the formation of a comprehensive black theology in South Africa.

Born August 5, 1938, in Fordyce, Arkansas, Cone grew up in the segregated town of Bearden. Both of his parents were social activists. Charlie Cone, his father, filed a lawsuit against the Bearden School Board to desegregate the schools during the early 1950s. Although threatened with lynching, the elder Cone maintained his activism. This fierce display of independence, combined with the nurturing closeness of friends and family, provided assurance for young James. As he disclosed to Rapoport, “No person has influenced me more than my father in his courage, sense of self, and the clarity of his commitment to ending racial injustice.” Cone’s mother also inspired him: “[She] gave me the gift of speech and faith. She was a public speaker in the African Methodist Episcopal Church, which is where I discovered my own voice.”

In 1958 Cone began his graduate training at Garrett Biblical Institute (which later became Garrett-Evangelical Theological Seminary) in Evanston, Illinois. Studying at black colleges as an undergraduate, Cone was surprised by the severity of racial prejudice he encountered in the midwestern town in general and at Garrett during his graduate study. He learned that black students rarely received any grade above average. Racism was apparently not considered a theological problem by the majority of the teachers of religion there. Influenced by one particular professor at the seminary, however, Cone decided to enter Garrett’s doctoral program. He was the school’s only black Ph.D. student during this period.