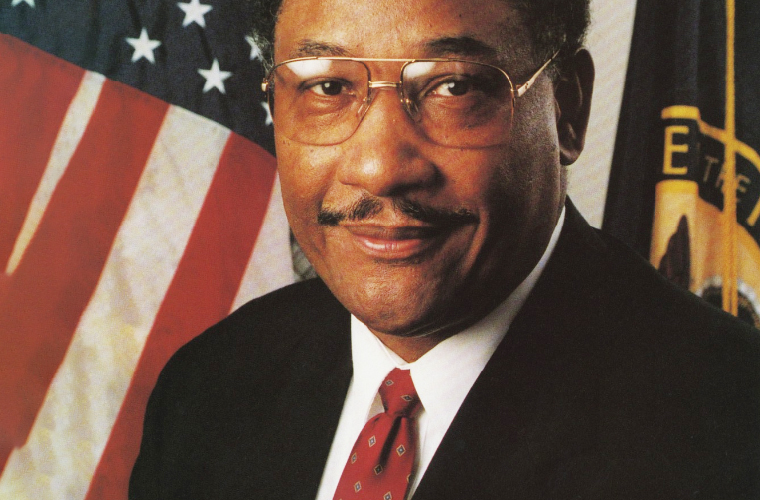 Lee Patrick Brown was one of the leading law-enforcement executives in the United States before Houston voters elected him as the first African American mayor in that city’s history. During a long and distinguished career as head of police departments in Atlanta, New York, and Houston, Brown helped to reshape the strategies by which urban communities battled crime. He even served as America’s “Drug Czar” in the Clinton administration before becoming mayor of the fourth-largest city in the nation.

Brown was born in 1937, in Wewoka, Oklahoma, a small community his parents, Andrew and Zelma, had departed by the early 1940s for the fertile San Joaquin Valley in California. There they found work in the fields as migrant workers, an enterprise in which Brown himself often participated, helping to pick grapes, cotton, or watermelon. At times the family lived in a barn, but the hardship of his early life fortified in Brown a desire to improve his lot. Enrolling at Fresno State University, he studied criminology, and before even finishing his degree had found a job with the San Jose Police Department. He spent eight years on the force, beginning as a patrol officer in 1960, and went on to work in its narcotics and vice squads as an undercover cop. In 1959 he married Yvonne Carolyn Streets, with whom he would have four children.

Brown had earned his undergraduate degree in 1961 and began taking classes toward a master’s degree in sociology at San Jose State University, which he achieved in 1964. In 1968, after earning his second master’s degree—this one in criminology, from the University of California at Berkeley—he applied for and was granted a leave of absence when Oregon’s Portland State University hired him to create a new faculty department, the Department of Administration of Justice, in 1968. Brown returned to San Jose in 1969 and planned to run for a seat on its city council. His residency was called into question, however—during his stint in Portland, Brown had let his voter’s registration expire, and because of this the San Jose city clerk disbarred him from seeking candidacy.

In 1970, Brown was awarded a Ph.D. in criminology from Berkeley, making him one of the most academically