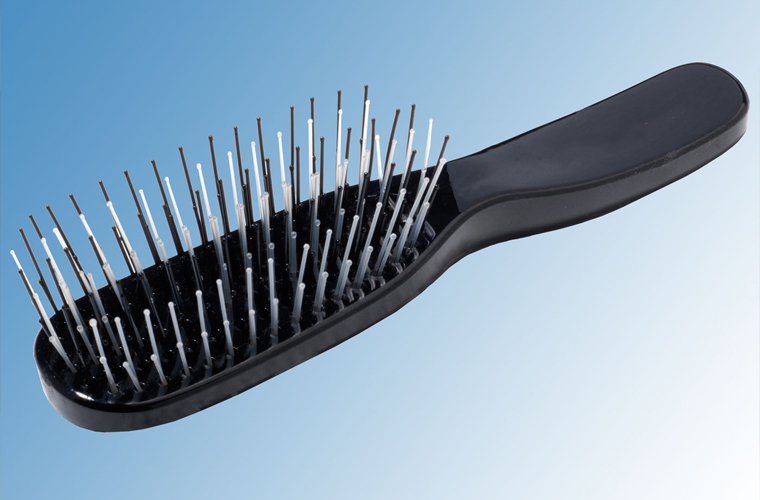 African-American hairdresser and inventor Lyda Newman patented an improved hairbrush design in New York City in 1898. Lyda Newman, born in Ohio circa 1885, was an African-American inventor and women’s rights activist. A hairdresser by trade, she received a patent for an improved model of the hairbrush in 1898. She also fought for women’s right to vote, working with well-known women’s suffrage activists. Newman lived much of her adult life in New York City.

Little is known about the life of Lyda D. Newman. According to official census records, she was born in Ohio around 1885. By the late 1890s, she was a New York City resident.

In 1898, Newman applied for a United States patent for a new style of the hairbrush. She received the patent on November 15, 1898. Her hairbrush design included several features for efficiency and hygiene. It had evenly spaced rows of bristles, with open slots to guide debris away from the hair into a recessed compartment, and a back that could be opened at the touch of a button for cleaning out the compartment.

In 1915, Newman was mentioned in local newspapers for her suffrage work. She was one of the organizers of an African-American branch of the Woman Suffrage Party, which was fighting to give women the legal right to vote. Working on behalf of her fellow African-American women in New York, Newman canvassed her neighborhood to raise awareness of the cause and organized suffrage meetings in her voting district. Prominent white suffragists of the Woman Suffrage Party worked with Newman’s group, hoping to bring voting rights to all of New York’s female residents.

The records of government censuses of 1920 and 1925 confirm that Newman, then in her 30s, was living in an apartment building on Manhattan’s West Side and was working as the hairdresser to a private family.