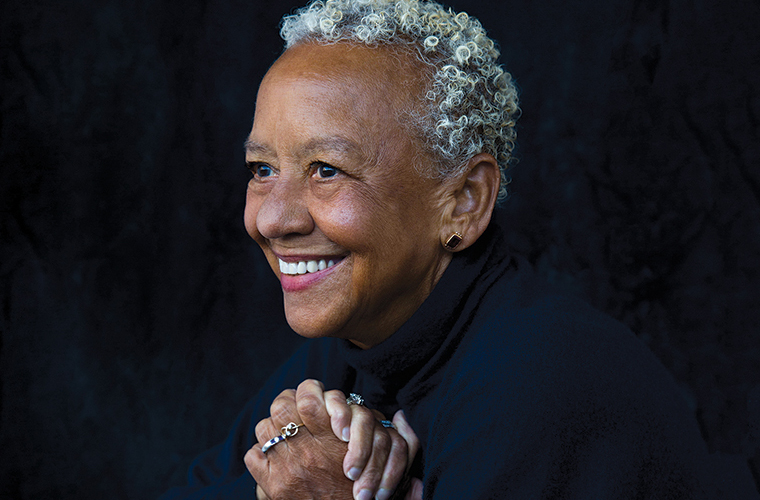 Poet and writer Nikki Giovanni was born Yolande Cornelia Giovanni, Jr., was born on June 7, 1943, in Knoxville, Tennessee. Giovanni is a prominent poet and writer who first caught public attention as part of the Black Arts movement of the late 1960s. Growing up in the Cincinnati area, she often visited Knoxville to see family, especially her maternal grandmother. After graduating with honors from Fisk University in 1967, she returned to Cincinnati and established the city’s first Black Arts Festival. Giovanni also began writing the poems that are included in her first self-published volume, Black Feeling, Black Talk (1968).

Poems and Books
By the mid-1970s, Giovanni had established herself as one of the leading poetic voices. She won a number of awards including Woman of the Year from Ladies Home Journal in 1973. Giovanni also made several television appearances, including the African American arts and culture show, Soul!. During the 1980s, she continued to publish and spent much of her time touring to attend speaking engagements. Giovanni also found time to teach at College Mount St. Joseph and Virginia Tech University where she still works as a professor.

In recent years, Giovanni has produced several new works. For children, she wrote Jimmy Grasshopper Versus the Ants (2007) and Rosa (2005), a picture book about legendary civil rights figure Rosa Parks. Her latest poetry collection is Acolytes (2007). Also an accomplished writer of nonfiction, Giovanni wrote On My Journey Now: Looking at African-American History through the Spirituals (2007).