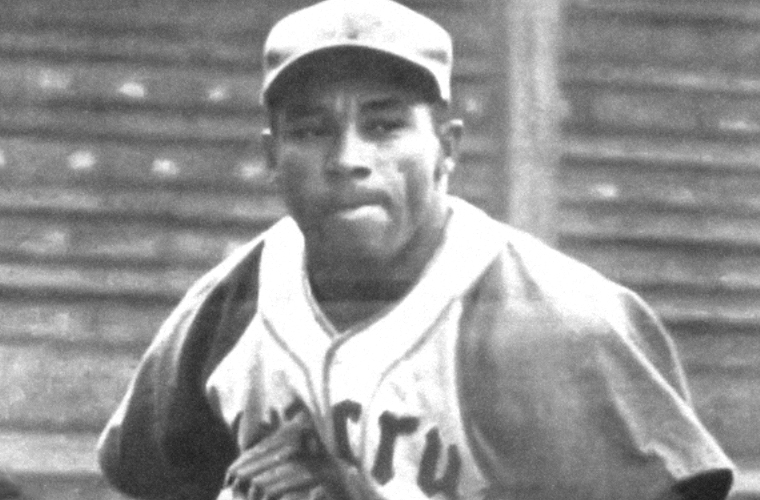 There has never been a more masterful third baseman than Ray Dandridge. Relaxed, smooth as silk, and possessing a great pair of hands with a velvet touch, he could make all the plays. In addition to his quick hands, he had a powerful arm, and the versatility to excel at shortstop and second base as well as at third base.

He joined Willie Wells, Dick Seay, and Mule Suttles to form the “million dollar infield” of the Newark Eagles during the late 1930s. Some said that a train could go through his bowlegs but that a baseball never did. And those bandy legs never kept him from running the bases; he finished third in the league in stolen bases in 1944, behind Henry Kimbro and “Cool Papa” Bell.

Often called “the best third baseman never to make the major leagues,” Dandridge was also a good hitter for average, rapping the ball at a .370 clip during the 1944 season while leading the league in hits, runs, and total bases. A spray hitter who went with the pitch, and possessing a camera eye and good bat control, he seldom struck out and was a skilled practitioner of the hit and run play.

The Virginian started his professional career in 1933 by hitting .333 with Jim Taylor’s Detroit Stars. During the latter part of the season, he was loaned to Tom Wilson‘s Nashville Elite Giants for a short time but returned to Detroit, where the team was breaking up because of financial difficulties. Refusing to return to Detroit the next season, he signed with Dick Lundy’s Newark Dodgers and hit .436 and .368 during his two seasons with the club. In 1936 owner Abe Manley merged the team with the Brooklyn Eagles to form the Newark Eagles. Dandridge continued as a star player with Newark for the remainder of the 1930s, hitting .354 and .305 in his first two seasons with the Eagles.

During his time in the Negro National League, he compiled a lifetime .355 average in league play and played in three All-Star games, posting a lofty .545 batting average for the classics. The star infielder was also voted by the fans to start in two additional All-Star games, but he missed these due to excursions to Latin America. He also was elected for the 1938 East-West All-Star squad, but the Eagles withheld him, and the East lost the game.

His first venture to Latin America came in August 1939, when he left the Eagles to play with Caracas’s Vargas team in the Venezuelan League. After leading his club to the title, he journeyed to Mexico and, with six weeks left in the season, hit .347 to help Veracruz to another title. In October he stopped in Cuba and slapped out a .310 average for Cienfuegos. This almost pulled out a third title in a year’s time, but his team fell a half-game short. His average marked the second consecutive year that he had topped the .300 mark, having hit .319 the previous winter. Altogether, the sure-handed third baseman played eleven seasons in Cuba, showing a .282 lifetime batting average. He also played winters in Puerto Rico, batting .288 with Santurce in the 1941-1942 season, and in the Dominican Republic, but most of his time in Latin American baseball was spent in Mexico.

The 1940 interim excursion began a long association with the Mexican millionaire and sportsman Jorge Pasquel. His Veracruz team also featured Josh Gibson, Willie Wells, and Leon Day, and they won the pennant with ease. For most of the decade of the 1940s, Dandridge remained in Mexico, recording averages of .367, .310, and .354 before his single-season return to the United States in 1944, when Manley activated a plot to get him and Wells back from Mexico by having their draft exemptions revoked. However, Manley’s plan failed, and Dandridge was back in Mexico in 1945 and resumed a torrid pace, setting a record with his consecutive game hitting streak.

This was the second time that Manley attempted an act of dubious ethics. In late July 1939, after Ray had jumped to Venezuela and realizing that he had lost a player without any compensation, Manley arranged a trade with the Homestead Grays, giving them Dandridge’s contract in exchange for center fielder Jerry Benjamin. But Benjamin failed to report, and Dandridge, who knew nothing about the impending deal, remained the property of the Eagles. He also remained in Mexico, forging a career that would make him a legend south of the border and earn him a place in the Mexican Hall of Fame.

In 1949, at age thirty-five, he was signed by the New York Giants’ organization and assigned to their AAA farm club at Minneapolis. Upon arrival there, the right-handed batting whiz promptly compiled averages of .363, 311, and .324. A great “team man,” Dandridge won the league’s Most Valuable Player honors in 1950 when he led the Millers to the league championship.

However, regardless of his outstanding accomplishments, the Giants would not promote Dandridge to the parent club, nor would they sell his contract to another team. Dandridge continued in the Pacific Coast League for another year and played a final season with Bismarck, North Dakota, in 1954, before ending his diamond career.

After leaving baseball, he worked as a bartender and as a recreation director for the city of Newark before finally retiring to Florida. Dandridge was duly recognized as one of the greatest third basemen in the history of baseball when he was inducted into the Baseball Hall of Fame in 1987.