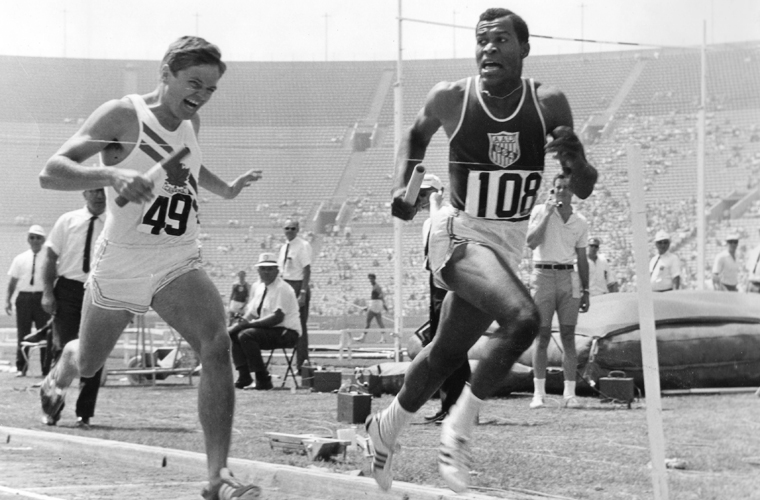 Lee Evans, in full Lee Edward Evans, (born February 25, 1947, Madera, California, U.S.), the American runner who won two gold medals at the 1968 Olympic Games in Mexico City. His victory in the 400-meter event there set a world record that lasted for two decades.

In 1966 Evans attracted national attention when he won the Amateur Athletic Union (AAU) 440-yard championship; the next year he won the 400-meter race at the Pan American Games, and he was the National Collegiate Athletic Association (NCAA) champion in the 400 meters in 1968. He set an unofficial world record of 44.0 seconds in the 400 meters during the 1968 Olympic trials.

When two of Evans’s San Jose State University teammates were banned from the 1968 Olympics for their black militant protest during an awards ceremony, Evans threatened to drop out of the 400-meter race in a show of support. In the end, however, he elected to run, beginning with a burst of speed and winning a narrow victory. His winning time was measured by automatic timing at 43.86 seconds, setting a world record that would stand until 1988, when Butch Reynolds of the United States posted a time of 43.29 seconds; the high altitude in Mexico City was an advantage in Evans’s record-setting run. At the same Olympics, Evans anchored the U.S. team that won the 4 × 400-meter relays, setting a world record of 2 min 56.1 sec. He expected to race again in the 1972 Olympics in Munich, West Germany, after winning his last AAU championship, but a hamstring injury prevented his running in the 400 meters, and the U.S. 4 × 400 relay team, of which he was a member, did not race.