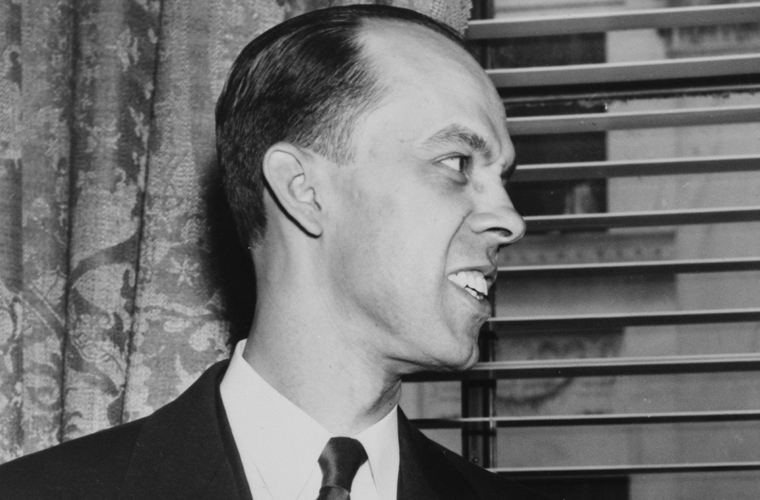 Spottswood William Robinson III, a prominent federal judge during the Civil Rights era, was born on July 26, 1916, in Richmond, Virginia.  His father was Spottswood William Robinson Jr., a lawyer, and businessman, and his mother was Inez Clements.  The younger Robinson attended Armstrong High School, the first public school for African Americans in Richmond.  He continued his undergraduate education in Richmond, attending Virginia Union University graduating in 1936.  He then immediately entered Howard University School of Law in Washington, D.C. where he graduated magna cum laude in 1939, finishing at the top of his class with the highest Grade Point Average yet earned at the university.

After earning his Juris Doctor, Robinson continued at Howard as professor of law from 1939 to 1947.  Robinson left Howard in 1948 to join the National Association for the Advancement of Colored People (NAACP) Legal Defense and Educational Fund (NAACP LDF) where he worked on several important civil rights cases including Davis v. County School Board of Prince Edward County, Chance v. Lambeth, and, most notably, Brown v. Board of Education.  It was during his time with the NAACP LDF that Robinson became well acquainted with Thurgood Marshall, the organization’s lead attorney at the time.

Robinson left the NAACP LDF in 1960 to become Dean of the Howard University School of Law.  During that time he served as a member of the United States Commission on Civil Rights from 1961 to 1963.  In 1964, he again left Howard to become the first African American appointed to the United States District Court for the District of Columbia.  With the appointment by President Lyndon B. Johnson, he became the first black federal judge in the nation’s capital.

In 1966, Robinson achieved another milestone in judicial service when he became the first African American to be appointed to the United States Court of Appeals for the District of Columbia.  President Johnson appointed him to this post as well.  Later, on May 7, 1981, Robinson was appointed by President Ronald Reagan as the first African American Chief Judge of the United States Court of Appeals.  He stepped down from the chief judge position in 1986 and then completely retired from the court in 1989.

In 1970, Robinson generated considerable controversy when as a sitting federal judge he joined a group of prominent black leaders at the 61st annual meeting of the NAACP in condemning Richard Nixon’s attempt to advance conservative Southern jurists, Clement Haynsworth and Harrold Carswell, to the U.S. Supreme Court.

Robinson married Marian B. Wilkerson when he was 20 years old with whom he had two children, Nina and Spotswood IV.  Spottswood William Robinson III died in his home in Richmond, Virginia on October 11, 1998.