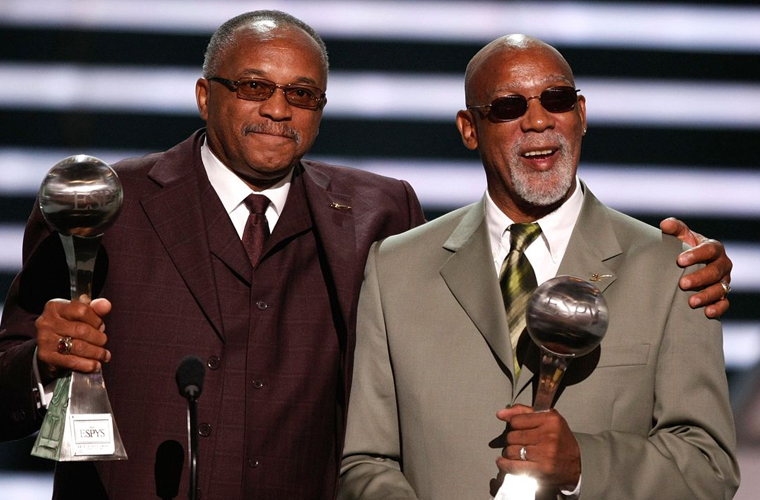 It remains one of the most memorable moments in Olympic history. Standing on the podium at the 1968 Games in Mexico City, American sprinters Tommie Smith and John Carlos raised their fists to make the Black Power salute, a symbol of defiance against racism and injustice.

The silent protest, which took place 50 years ago yesterday, was initially condemned by the International Olympic Committee but is now seen as a watershed moment in the battle for equality. The demonstration came at a time of major social upheaval; Martin Luther King Jr, the figurehead of the civil rights movement, was assassinated just six months earlier.

Who are Tommie Smith and John Carlos? 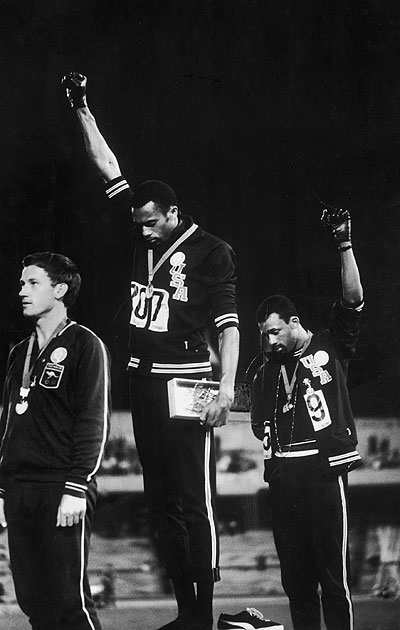 Tommie Smith, who performed the Black Power salute alongside John Carlos, won the gold medal for the 200-meter sprint event at the 1968 Olympics. Smith completed the race in just 19.83 seconds, breaking his own world record. His US teammate Mr. Carlos finished third with a time of 20.06 seconds, while Australian athlete Peter Norman took the silver medal.

As the American national anthem played during the victory ceremony, Smith and  Carlos bowed their heads and raised their black-gloved fists. The pair both wore black socks and no shoes, in memory of black people who had been lynched, while Carlos wore a necklace of black beads.

“I looked at my feet in my high socks and thought about all the black poverty I’d seen from Harlem to East Texas,” Carlos, who is now 74, would later write in his autobiography. “I fingered my beads and thought about the pictures I’d seen of the ‘strange fruit’ swinging from the poplar trees of the South.”

Speaking earlier this year, Smith said he wanted to use his platform to make a powerful statement about racial equality. “I knew it [the salute] would have an impact but I didn’t know how far it would go,” he told Reuters. “That was my chance. I had a platform.”

The former athletes have both been inducted into the US Track and Field Hall of Fame.