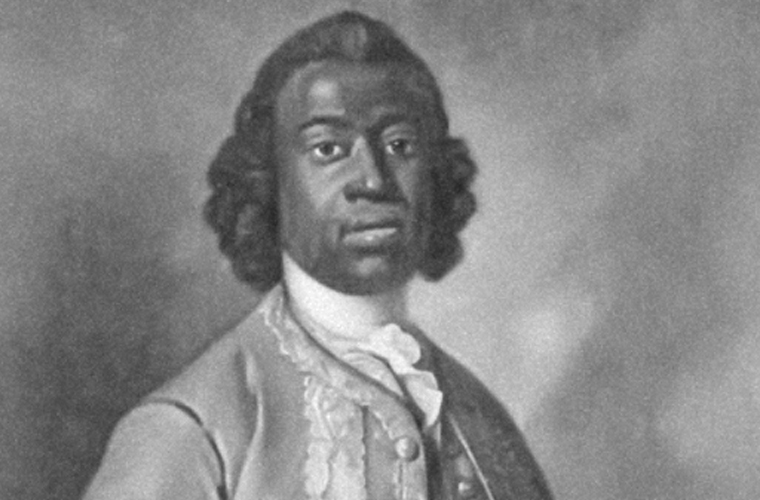 Along the eighteenth-century Gold Coast (present-day Ghana), European slave traders competed with one another to establish profitable trading relationships with African leaders. John Corrantee of Annamaboe (or Anomabu) was well known by African merchants from the interior and European slave traders on the coast. Corrantee used his status as an intermediary and his diplomatic skills to gain a trade advantage over competing Europeans. Perhaps in order to strengthen trade relationships with European partners, he sent one of his sons to be educated in France and another, William Ansah Sessarakoo, to study in England. At the time, Sessarakoo lived in Cape Coast Castle with one of the officers of the Royal African Company. There, he became an admirer of British culture and learned to speak and write in English.

In 1747, Sessarakoo boarded a slave ship, the Lady Carolina, which first took him to Barbados. There, the captain died, leaving Sessarakoo without a guide or anyone to verify his identity and legal status. When it was time to depart for England, Sessarakoo boarded the wrong canoe and ended up enslaved in Barbados, instead of continuing on to his education in England.

Sessarakoo’s father, John Corrantee, thought his son had been kidnapped since it was a common practice of European slavers to take sons of African leaders as hostages or pawns. After Corrantee demanded European officials investigate and return his son, a ship was sent to Barbados to retrieve Sessarakoo. The venture was successful. Sessarakoo’s freedom was restored, and he then sailed on to England.

When Sessarakoo arrived in London, he was treated like a celebrity and quickly became known as the prince of Annamaboe. The Gentlemen’s Magazine printed an article recounting Sessarakoo’s reaction to a popular theatrical performance about a noble African slave. Sessarakoo’s public appearances with British nobles was closely watched and recorded in several other publications. His story of enslavement and rescue was preserved in other forms of art, including drama, poetry, and painting. A portrait of William Ansah Sessarakoo was made, and an etching of him appeared in The Gentlemen’s Magazine.

By 1750, Sessarakoo decided to return to Annamaboe, where he was warmly welcomed by his father. A proud man, John Corrantee removed all of his son’s European attire before celebrations ensued.

Later, Sessarakoo returned to Cape Coast Castle—where he was a writer—until 1761 when he was beaten by the governor of the castle and dismissed. The British were convinced that John Corrantee had tricked them into believing that Sessarakoo was to be his heir.

In the 18th century, it was not uncommon for wealthy African leaders to send their sons, like William Ansah Sessarakoo, to Europe to be educated. In 1744, Sessarakoo boarded a ship to England when he was abruptly captured and sold into slavery when the ship stopped in Barbados. His father was able to secure his son’s freedom, and he continued his travel to England, where his portrait was taken.