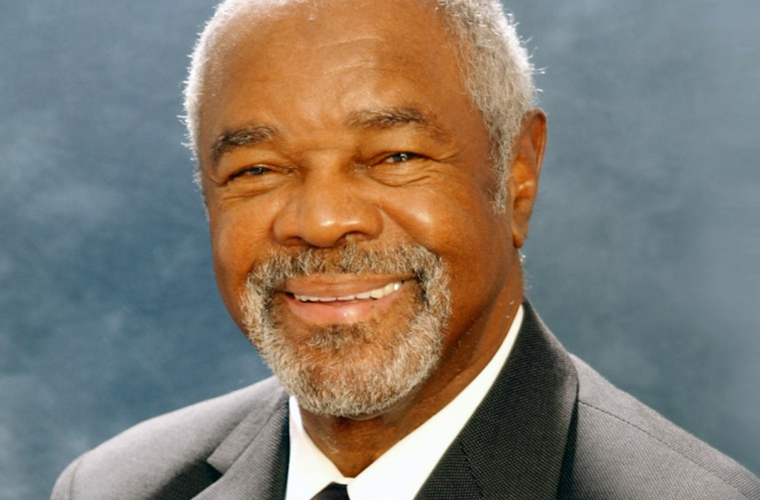 During the early 1960s, William G. Anderson received national attention as the president of the Albany Movement. Thereafter, he distinguished himself as an osteopathic physician, surgeon, educator, and hospital administrator.

Early Life
William Gilchrist Anderson was born in Americus on December 12, 1927, to Emma Jean Gilchrist and John Daniel Anderson Sr. After graduating from high school in 1942, at the age of fifteen, Anderson enrolled at Fort Valley State College (later Fort Valley State University), where he pursued a premedical path despite the many obstacles that prevented African Americans from entering the medical profession. His education was interrupted in 1944, however, when, at the age of seventeen, he enlisted in the U.S. Navy in the midst of World War II (1941-45).

Although he was initially attached to the first integrated company in the navy’s history, Anderson suffered an acute case of tonsillitis that prevented him from joining his company in the Pacific. After recuperating, he was reassigned to a company stationed in the Philippines and subsequently was selected to join the navy’s Hospital Corpsmen, an experience that strengthened his resolve to become a doctor.

Upon his return home, Anderson married Norma Lee Dixon, a classmate at Fort Valley State, and they eventually had five children. The couple relocated to Atlanta to live with Dixon’s mother while Anderson attended the Atlanta College of Mortuary Science. After completing his degree in 1947, the couple moved briefly to Montgomery, Alabama, and Anderson found work at a Black funeral home while attending night classes at the Alabama State College for Negroes (later Alabama State University). There, the Andersons befriended Ralph David Abernathy, who would later become Anderson’s colleague in the civil rights movement.

After only two years in Montgomery, the Andersons returned to Atlanta, where he worked as an instructor at the Atlanta College of Mortuary Science, a part-time disc jockey, and a night school teacher at Booker T. Washington High School. During this time Anderson forged a friendship with Martin Luther King Jr., a family friend of the Dixons, who was then a student at Morehouse College. Anderson’s thoughts turned again to pursue a career in medicine, a prospect he had all but abandoned earlier due to the pressing financial responsibilities of caring for his family.

Although he initially expressed reservations over pursuing a medical career in osteopathy, a visit to the bustling Albany office of physician Willie Joe Reese convinced Anderson of the field’s worth. Reese, then the only practicing African American osteopath in the South, persuaded Anderson to apply to the Des Moines Still College of Osteopathy in Iowa and promised to recommend him to the school’s dean. With Reese’s assistance, Anderson was admitted to the program and began his studies in the fall of 1952. After completing his degree in 1956, Anderson interned at the prestigious Flint Osteopathic Hospital in Michigan. Forsaking a lucrative private practice in the North, he returned to establish a practice in southwest Georgia, where he perceived the greatest need.

Albany, 1957-1962
After considering a variety of potential locations for his practice, Anderson settled his family in Albany, where the paucity of Black medical professionals ensured that he would not lack patients. In a short time, Anderson’s practice flourished and expanded to include a partnership with Harlem Cut-Rate Drugs, a pharmacy started by Anderson and investors in Albany’s African American business community. Black patients could have their prescriptions filled at Harlem Drugs without suffering the indignities that accompanied visits to Albany’s white-owned pharmacy.

In Albany, Anderson joined a small but close-knit community of Black professionals, most of whom belonged to the National Association for the Advancement of Colored People (NAACP), the Urban League, or the Criterion Club, a local civic organization. Although each of the organizations was well organized and met regularly, they faced unified resistance from Albany’s white establishment and won few concessions from the town’s municipal government.

The arrival of Student Nonviolent Coordinating Committee (SNCC) activists in the fall of 1961, however, inspired Albany’s Black residents to press more aggressively for racial reform. After SNCC activists and student demonstrators were arrested when attempting to integrate the municipal bus station in early November 1961, demonstrations increased in number and strength, and members of Albany’s leading civil rights organizations convened to determine the course of the future protest. The city’s Black leaders formed the Albany Movement in mid-November, and they selected Anderson as their president because he was relatively new to town and largely insulated from white economic reprisals by his private practice.

Anderson’s election as president placed him at the forefront of a movement that captured national attention. As tensions escalated, however, he became convinced that local leaders lacked the financial and organizational resources necessary to mount a successful protest. In order to shore up the movement’s weaknesses, Anderson invited his old friends Martin Luther King Jr. and Ralph David Abernathy to lead demonstrations in Albany.

Many observers deemed the Albany Movement unsuccessful because it failed to secure the immediate desegregation of municipal spaces and institutions. Subsequent appraisals, however, have credited the movement with increasing the number of registered Black voters, inspiring protest in neighboring communities, and hastening the ultimate desegregation of Albany’s public facilities, which occurred only one year following the movement’s conclusion.

Professional Career
Following the Albany Movement’s dissolution in 1962, Anderson accepted an appointment as a house physician at Art Centre Hospital in Detroit, Michigan. In 1964 he became the first Black surgical resident in Detroit’s history and thereafter conducted a group surgical practice in the city until 1984. During this period he remained active in the civil rights movement, serving as a member of the Southern Christian Leadership Conference’s board of directors, among other capacities.