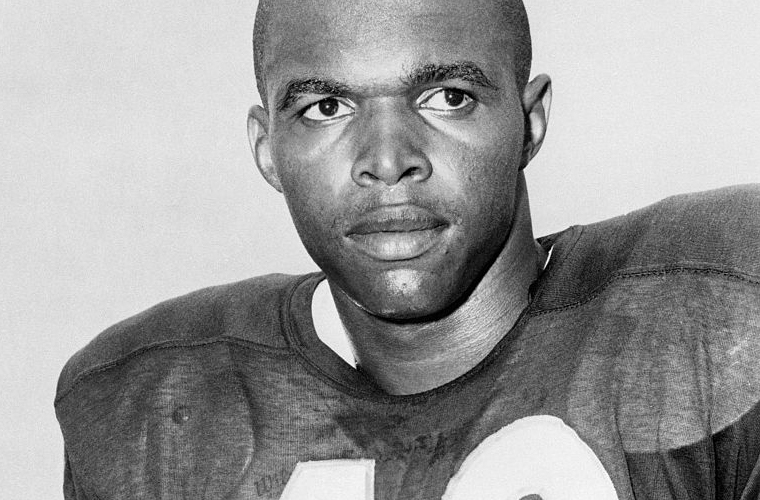 Gale Sayers, in full Gale Eugene Sayers, (born May 30, 1943, Wichita, Kan., U.S.), American gridiron football player who in 1977 became the youngest player ever voted into the Pro Football Hall of Fame. Though knee injuries shortened his career, Sayers showed in his seven seasons that he was one of the most elusive running backs in the history of the National Football League (NFL).

Sayers grew up in Omaha, Neb., where he was a star running back and record-setting long jumper in high school. He first gained national attention as a two-time All-American (1963–64) at the University of Kansas. Sayers was drafted by the Chicago Bears in 1965, and in his first season, he amassed 2,272 combined rushing, receiving, and kick-return yards, as well as 22 touchdowns, a record for a rookie. That year, in a game against the San Francisco 49ers, he tied an NFL record by scoring six touchdowns in a single game. Not surprisingly, he was named Rookie of the Year in 1965. He twice led the league in rushing (1966, 1969), was named All-Pro five years in a row (1965–69), and has the best career kickoff-return average in the NFL (30.6 yards per return). Sayers was known for his distinctive long-legged running style, which was highlighted by his ability to make explosive cutbacks at nearly full speed as he dodged defenders.

A series of significant knee injuries forced Sayers to retire at age 29 before the 1972 NFL season. He later served as assistant athletic director at the University of Kansas (1972–76) and as athletic director at Southern Illinois University (1976–81). In 1984 Sayers founded a successful computer supplies business. His close friendship with fellow Bears halfback Brian Piccolo, who died of cancer in 1970, as depicted in the 1971 television movie Brian’s Song. Sayers cowrote two autobiographies, I Am Third (with Al Silverman; 1970) and Sayers: My Life and Times (with Fred Mitchell; 2007).