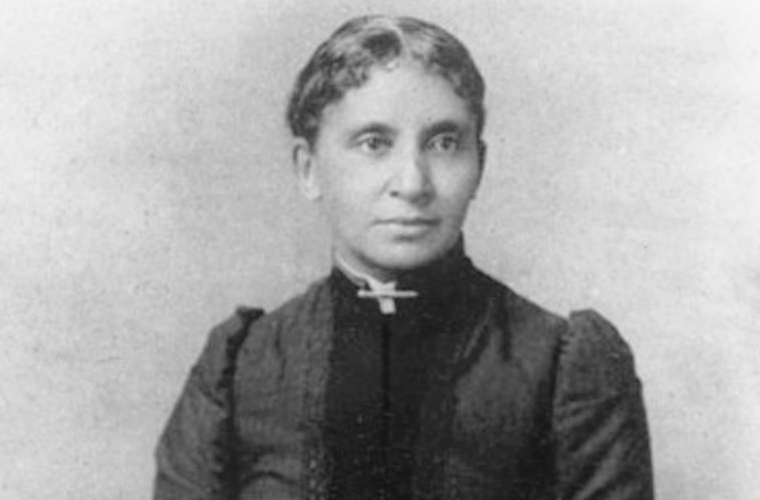 Forten was born into a prominent free black family in Philadelphia. Her father ran a successful sail-making business. Many members of her family were active in the abolitionist movement. Early in life, Forten was educated by tutors at home. Because Philadelphia’s school system was segregated, Forten’s father sent her at age 16 to secondary school in Salem, Massachusetts, which was then known for its progressive and tolerant spirit. While boarding with family friends there, she attended the Higginson Grammar School, where she was the only African American student in a student body of 200. It was in Salem that she first kept a diary. Wishing to be able to support herself, rather than turning to marriage as a solution, she matriculated at the Salem Normal School (now Salem State University), a teacher-training school, from which she graduated in 1856. She accepted a teaching position at the Epes Grammar School, an all-white institution in Salem. During that time she also began to write poetry. Some of her work was published in antislavery periodicals, including William Lloyd Garrison’s The Liberator.

A fervent abolitionist, Forten intently followed news of the Civil War. In 1861, when Union forces gained control of the Sea Islands off the coast of South Carolina, the slave owners there abandoned their plantations and 10,000 slaves. Faced with that situation, the federal government launched an experimental program to educate the former slaves and sought volunteers to serve as teachers. In 1862 Forten traveled to St. Helena Island, where she worked as a teacher for two years. She wrote of her experiences there, and in 1864 her two-part essay “Life on the Sea Islands” was published in the May and June issues of Atlantic Monthly. While there she was thrilled to meet the renowned Harriet Tubman. Her recurring bouts of “lung fever” (pneumonia), exacerbated by the deaths of her dear friend Robert Gould Shaw and her father in the war, led her to leave her teaching position after her second year, but she maintained her interest in the fate of the freed slaves to the end of her life.

After returning to New England, Forten served as secretary of the Boston branch of the Freedmen’s Union Commission, recruiting and training teachers of freed slaves. Over the next few years, she also worked as a teacher at an all-black school and as a clerk in the U.S. Treasury Department in Washington, D.C. In 1878, at age 41, Forten married the 28-year-old Francis (Frank) James Grimké, the son of plantation owner Henry Grimké and Nancy Weston, who worked on his plantation. The Grimkés were a prominent family. Forten Grimké’s brother-in-law Archibald became president of the Washington, D.C., branch of the National Association for the Advancement of Colored People (NAACP). Frank’s aunts, Sarah, and Angelina Grimké were also influential in the abolitionist movement.

Throughout her married life, Forten Grimké continued to write poetry and essays. She also maintained her commitment to issues of social justice, becoming actively involved with the National Association of Colored Women and the cause of woman suffrage.

The Journals of Charlotte Forten Grimké were published in one volume in 1988. Those eloquent and insightful diaries offer a unique perspective on the period of transition after the end of slavery in America.