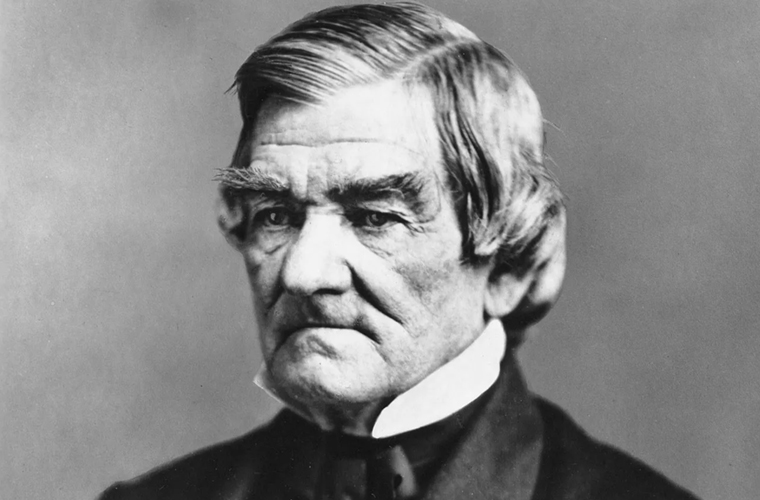 Principal chief of the Cherokee Indians for nearly forty years, John Ross served during one of the most tumultuous periods of the tribe’s history. He is best remembered as the leader of the Cherokees during the time of great factional debates in the 1830s over the issue of relocating to Indian Territory (Oklahoma). As a leader of the antiremoval faction, he spent a great deal of time in Washington, D.C., attempting to convince government officials to uphold treaties that guaranteed the tribe their lands. Despite finding friends in the East, Ross and his supporters were thwarted in their efforts. Neither Supreme Court decisions nor their own valiant efforts were able to stop the irresistible power of Pres.

Andrew Jackson, neighboring state governments, and land-hungry Americans on their borders. Additionally, Ross faced dissent at home from the pro-removal Ridge faction, who signed a fraudulent removal treaty with the federal government and sealed the nation’s fate. After bitter and sometimes bloody factional quarrels, Ross led the tribe in their forced removal from the homelands in the American Southeast to new Cherokee lands in present northeastern Oklahoma, with a capital at Tahlequah. Perhaps as many as one-fourth of the tribe’s twenty thousand members died in the crossing that has come to be called the Trail of Tears.

After a period of relative peace and national tranquility, Ross again came to national attention during the American Civil War of the 1860s when he led the tribe through the tense disputes over Cherokee allegiance to the Union. Reluctantly, he accepted an alliance with the Confederacy but abandoned the Cherokee Nation when the Federals invaded Indian Territory. He spent a good part of the remainder of the war in Washington, D.C., pleading with the Cherokees’ cause. At the war’s end, he was able to come home for a short time but returned to the capital city to argue the Cherokee case once more. He died there in 1866. Chief Ross’s remains were returned to Tahlequah and entombed in a family plot.

Ross was married twice, first to a Cherokee woman, Quatie, about whom little is known, and with whom he had five children who grew to adulthood, and after her death to a Delaware Quaker woman, Mary Brian Stapler; they had two children. Although never deeply religious, he joined the Methodist Church but continued to own slaves until the Civil War. As a merchant and plantation owner, he was financially successful but never wealthy and suffered repeated losses due to federal government policies and the upheavals of the time. He left a legacy of success despite failures. The Cherokees were removed but reunited in Indian Territory to become a vital force in the 1840s and 1850s. And in spite of the divisions of the 1860s, the Cherokees regained sovereignty during Ross’s final days.