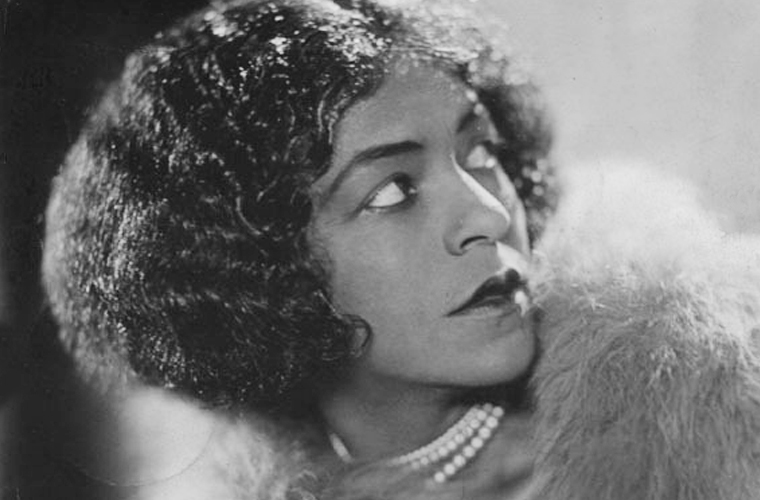 With only four three-minute songs as her recorded legacy, Lillyn Brown’s career spanned six decades, beginning before the turn of the century. Born in 1885 to an Afro-American mother and an Erie Iroquois father in Atlanta, GA, she performed as “The Indian Princess” with an all-white female string band in 1894 and attracted attention as a male impersonator — advertised as “The World’s Youngest Interlocutor” — in 1896. According to Lillyn Brown, she was the first professional vocalist to sing the blues in front of the public. This historical action was said to have taken place on the stage of the Little Strand Theatre in Chicago back in 1908. When New Orleans vaudevillian Esther Bigeou bowed out of the Broadway Rastus show in 1918, she was replaced with the lively and boisterous Lillyn Brown. On March 29 and May 9, 1921,

Brown made her only known gramophone recordings. Backed by cornetist Ed Cox, trombonists Bud Aiken and Herb Flemming, reedman Garvin Bushell, violinist Johnny Mullins, drummer Lutice Perkins, and an unidentified piano player, she sang three topical vaudeville-style blues-inflected numbers and a spicy rendition of Tom Delaney’s “Jazz Me Blues.” These recordings were released on various and sundry labels as by Lillyn Brown & Her Jazzbo Syncopators, Maude Jones & Her Jazbo Syncopators, Fannie Baker & Her Jazz, or Mildred Fernandez & Her Syncopated Syncopators. Brown remained active until retiring from full-time performing during the mid-’30s. She resumed her stage career in 1949, appeared in a 1952 production of Kiss Me Kate, ran her own school for aspiring vocalists and actors, and during the last years of her life wrote, produced, and directed plays for the Abyssinian Baptist Church. Her final public performance took place in 1964 at a tribute concert for her contemporary Mamie Smith. After a long and productive life in show business, Lillyn Brown passed away in 1969.