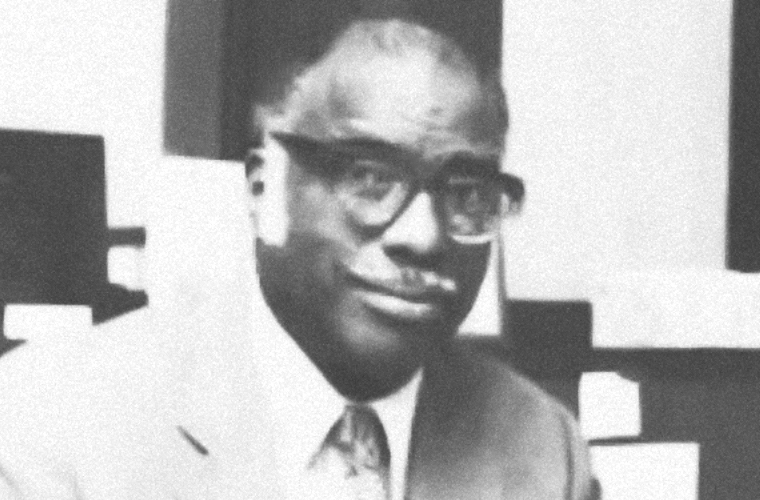 As a child in Oakland, California, Ferguson had a backyard laboratory in which he developed a moth repellent, a silverware cleanser, and a lemonade powder. After working in construction and as a railway porter in order to earn enough money to pay for college, he did his undergraduate studies at the University of California, Berkeley and received a Ph.D. from the same university in 1943, the first African American to earn a chemistry Ph.D. there. After receiving his Ph.D., he took a faculty position at North Carolina Agricultural and Technical College, then approximately two years later moved to Howard University, where he became the chair of his department and founded a doctoral program there, the first in chemistry at any black college. While affiliated with Howard University, he received a Guggenheim Fellowship in 1953 and an NSF grant in 1960 that allowed him to travel to the Carlsberg Laboratory in Copenhagen, Denmark, and to ETH Zurich in Switzerland. He moved to the California State University, Los Angeles in 1965. He again became chair and played an advisory role in the Food and Drug Administration. He retired in 1986.

Ferguson’s is the author of seven chemistry textbooks and more than 50 research papers. His research included work on organic chemistry, the relationship between structure and function in biochemistry, chemotherapy treatments for cancer, and the chemical basis for the human sense of taste.

In 1972, Ferguson was one of the founders of the National Organization for the Professional Advancement of Black Chemists and Chemical Engineers. In his honor, the organization gives its Lloyd N. Ferguson Young Scientist Award to young scientists with “technical excellence and documented contributions to their field”.