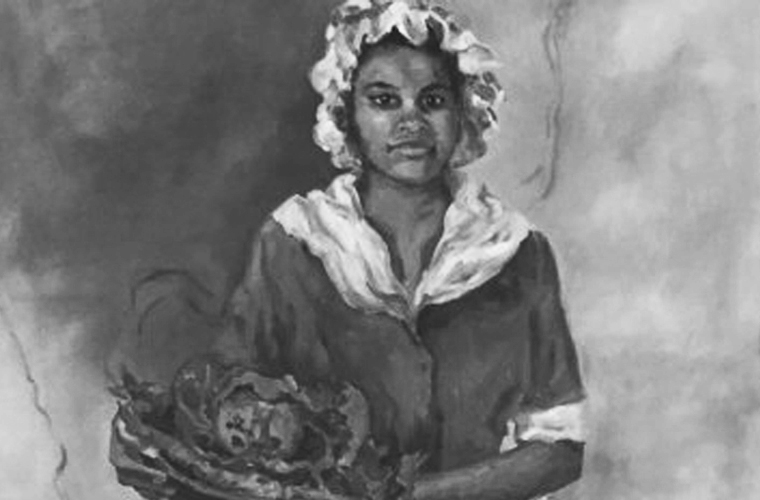 Lucy Terry Prince (b. c. 1725–d. 1821) was the African-born author of “Bars Fight,” the earliest known literary work in English produced in the New World by a person of African descent. Captured and enslaved around age five, she survived the Middle Passage, arriving in British North America during the late 1720s; sold to Samuel Terry of Enfield, Connecticut in 1729, she became known as “Lucy Terry.” Shortly after, she was sold to Ebenezer and Abigail Wells of Deerfield, Massachusetts. This northern frontier British settlement in the Connecticut River Valley became Terry Prince’s residence for more than thirty years.

“Bars Fight” is the only known literary work by Terry Prince. The thirty-line ballad composed of a series of rhyming couplets was composed when the poet was in her early twenties and delivers a vivid account of the 26 August 1746 attack staged against Deerfield settlers by a band of Native American warriors. Terry Prince remained enslaved at Deerfield until 1756, when Abijah Prince, a free African man, who had been enslaved in the region for most of his adult life, purchased her freedom. Abijah and Lucy completed a lengthy courtship, marrying and being listed on town documents as “Mr. and Mrs. Prince.” The couple reared six children: Tatnai, Caesar, Drucilla, Durexa, Abijah Jr., and Festus. They remained in Deerfield into the1760s before establishing a homestead in the town of Guilford, located in territory that became Vermont. However, Their efforts to settle met resistance from town residents as a series of petty annoyances, lawsuits, assaults, and arson were directed against the Prince family’s farm and its residents. Seeking relief from these attacks, Terry Prince argued before the newly formed Governor’s Council of Vermont at Norwich in 1785.

She presented a compelling case and received an order instructing the town’s selectmen to protect her family’s property and rights. Unfortunately, the harassment persisted. Following Abijah’s death in 1794, Terry Prince and four of her children left Guilford, moving to Sunderland, Vermont, where her husband also held title to the property. Again, the family’s land claims encountered resistance. Terry Prince once more became embroiled in protracted legal battles, which she eventually won. Her eloquence forms the foundation of the “Lucy Terry legend.” Within this legend, she is purported to have performed many oratorical feats, including arguing a case settled at the US Supreme Court and speaking at length with the trustees of Williams College on behalf her son’s application to attend the institution. Unlike her poem, other legal victories, and other notable performances, these events have not been documented. Nevertheless, the imprint Terry Prince made on the region is underscored by the obituaries published in the Franklin Herald and Vermont Gazette, following her death on 21 August 1821.