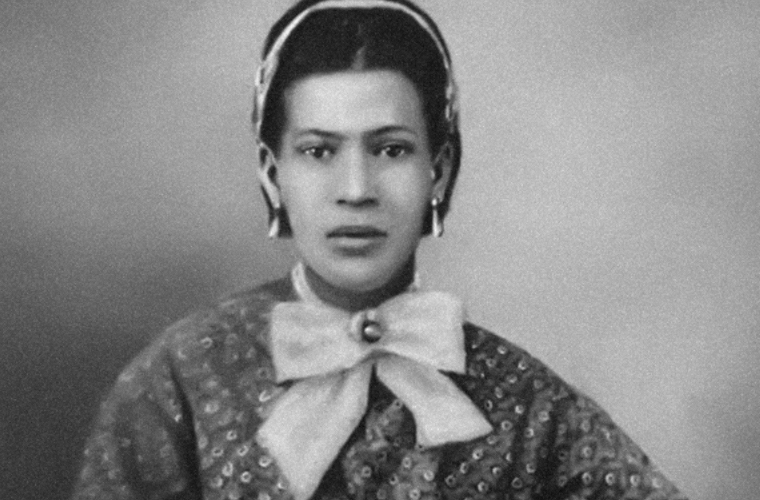 Marie Laveau, also spelled Laveaux, (born 1801?, New Orleans, Louisiana now in the U.S.—died June 15, 1881, New Orleans), Vodou queen of New Orleans. Laveau’s powers reportedly included healing the sick, extending altruistic gifts to the poor, and overseeing spiritual rites. There is some confusion regarding Laveau’s year of birth. Some documents indicate that she was born in 1794, while other research supports 1801 as the year of her birth. She is said to have been born to an African woman, named Marguerite Darcantel, and to Charles Laveau. Marie Laveau married a Creole man from Sainte-Domingue (now Haiti) named Jacques Paris. He reportedly disappeared and was later reported dead. Upon his disappearance, Laveau began referring to herself as the “Widow Paris.” After the reported death of her husband, Laveau started a relationship with Jean Louis Christophe Duminy de Glapion. Together, they had several children, some of whom were victims of the various yellow fever outbreaks that plagued New Orleans due to the city’s poor drainage system. Although Laveau was a committed mother and wife, much of her priority in caretaking was extended to her spiritual children and the general community.

Laveau became a hairdresser to create economic stability for herself and her family. Through interaction with her black clients who were house servants, she was exposed to personal information about her wealthy white clients, who often sought her counsel. Laveau used this information to give informed counsel to the people who sought advice from her concerning their personal affairs. Many wealthy and politically affluent individuals, both white and black, paid Laveau for personal advice, intervention in some situation, and protection against any evil energy that might have been placed against them.

Vodou, as a religious system, is derived from spiritual practices from Dahomey, the historic western African kingdom (located in what is now Benin). Vodou is actually a Fon word that means “spirit” or “deity.” Vodou was transported to the United States during the transatlantic slave trade.

African religion was brought to New Orleans, first by the initial group of enslaved Africans from western Africa. After the revolution in Sainte-Domingue (1791–1804), another wave of African people brought their religion to New Orleans. The Vodou tradition was strengthened and reinforced by the free and enslaved African community of New Orleans. It is important to note that the practice of Vodou in New Orleans is not the purest manifestation of Vodou as it was known in Dahomey. Also, it is not the same religious system that is observed in Haiti. Sainte-Domingue was isolated, and religious and cultural practices were maintained and sustained. However, in New Orleans, Vodouists had to adhere to strict European laws, codes, and oppression associated with enslavement. Vodou was often under scrutiny by public officials and the law. Nevertheless, Vodou held a strong presence in New Orleans throughout the centuries, and Vodou ceremonies and activities took place at various sites around the city.

Vodou in New Orleans consisted of rootwork and gris-gris or ju-ju. People would seek out “conjurers” or other spiritualists for spiritual intervention or protection in their daily affairs. These favors ranged from those concerning love to political influence. Although most workers used their powers for positive forces, there were some who did not. It was probably the work of this small percentage of people that was sensationalized by people outside of the religion. This aspect of the religion became known as hoodoo and is often the basis for misconceptions that public society has about Vodou.

Said by some to be the granddaughter of a powerful priestess in Sainte-Domingue, Laveau reportedly had a familial background in African spirituality. She was drawn to religion after the death of her mother. Laveau underwent the tutelage of Dr. John Bayou, a well-known Senegalese conjurer (root worker). She did not take long to dominate the culture and society of Vodou in New Orleans. As a queen for several decades, Laveau was a mother to many. People sought her advice for marital affairs, domestic disputes, judicial issues, childbearing, finances, health, and good luck. Laveau would in turn counsel her practitioners by supplying them with advice or with protective spiritual objects such as candles, powder, and an assortment of other items mixed together to create a gris-gris.

As queen, Laveau predominately orchestrated rituals at three main sites: her home on St. Ann Street, Congo Square, and Lake Pontchartrain. At her home on St. Ann Street, Laveau would converse with clients who would meet with her regarding any issues they were having. In her backyard, she would also have ceremonies that conjured the spirit of the Great Zombi, the deity Damballah Wedo who would manifest through a snake. The second major ritualistic space, Congo Square, was a public square that was set aside by city officials as a gathering space for both enslaved and free African people. Laveau would gather her followers here on Sundays to dance and worship. No major ceremonies would take place here, but it was a place of spiritual gathering and rejuvenation for Africans who experienced major oppression and hardships both on the plantation and as free citizens. The last place of significance that was presided over by Laveau was Bayou St. John’s, which was located on the shore of Lake Pontchartrain. It was here that major ceremonies took place among the initiated in the religion. Laveau would often be accompanied by her “king” or a second-ranking male officiate. Singing, dancing, drumming, and spirit possession would occur in these gatherings. Curious white people would often sneak into the woods to witness these ceremonies. For sensationalism, they would often report extreme tales of what they witnessed.

There were often rivalries over who should rule the Vodou system in New Orleans. Before Laveau took reign, there were two women who preceded her as queen. The first was Sanité Dédé, who ruled for several years before she was usurped by Marie Saloppé, who introduced Laveau to the intricacies of the religion and provided her with her fundamental tutelage.

After taking a prominent stance as Vodou queen, Laveau reigned unchallenged until 1850, when another Creole woman named Rosalie attempted to challenge Laveau’s position. To create an aura of fear and awe, Rosalie placed a huge life-sized wooden doll in her yard that was said to have been imported from Africa. The statue was covered with beads and intricate carvings. When people in the Vodou community began expressing fear and respect for Rosalie because of the doll, Laveau stole the statue. She was taken to court by Rosalie but used her persuasive powers and influence to have the doll permanently removed. There were several other root workers and Vodouists who gathered mild attention during Laveau’s reign. During the latter years of her life, Laveau had to move her practices across the Mississippi River to the area of New Orleans known as Algiers. Algiers was the first point of arrival of enslaved African people in New Orleans and also the birthplace of Vodou in New Orleans. After Laveau’s death in 1881, Vodou in New Orleans lost plenty of its adherents. As more people began assimilating economically and socially, the need to depend on the ancient rites and traditions of the old-time religion decreased. Vodou began taking on new forms, becoming incorporated into other religions. Laveau is buried in St. Louis Cemetery No. 1. Each year, thousands of visitors flock to her tomb and adorn her plot with spiritual regalia, candles, money, flowers, and assorted personal items.