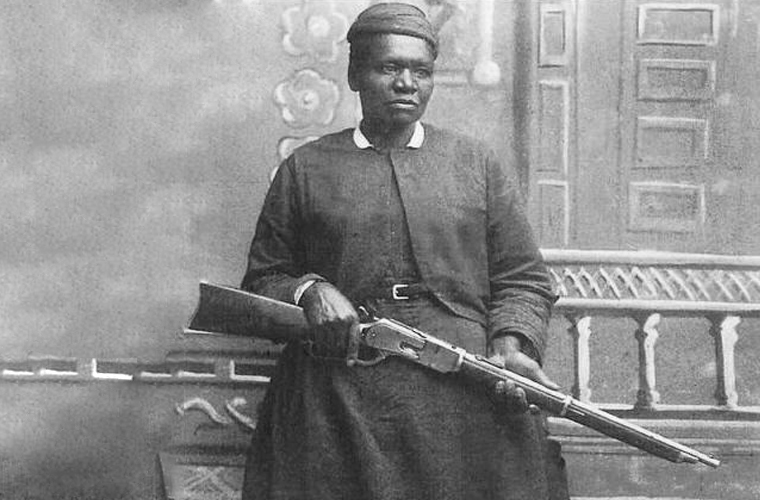 Fields was born into slavery. Little is known of her early life or what she did in the years immediately following the end of the Civil War and her emancipation. In the late 1870s, she became a housekeeper at the Ursuline Convent in Toledo, Ohio, where she had a close relationship with Mother Amadeus. Various accounts posit that Mother Amadeus was a member of a family that owned Fields when she was a child and that this early acquaintanceship accounted both for their close relationship and for Fields’s presence at the convent. It is known that Fields was about 6 feet (1.8 meters) tall and weighed about 200 pounds (91 kg) and was capable of doing what was then regarded as men’s work as well as more-standard housekeeping chores. When Mother Amadeus was sent to St. Peter’s Mission outside Cascade, Montana, Fields initially remained in Toledo, but about 1885 Mother Amadeus sent for her (most accounts say that Mother Amadeus was near death with pneumonia and asked for Mary to take care of her), and Fields relocated to Montana.

Fields worked for the mission, doing maintenance and repair work as well as gardening and laundry, and she was also responsible for ferrying in supplies from nearby towns to the mission. However, despite her devotion to the nuns, she drank in saloons with men and was reputed to have a quick temper. She may have gotten into a gunfight with a man who is variously reported to have objected to taking orders from her or to her wages being higher than his. In any case, the bishop of the Montana diocese ordered the convent to dismiss Fields. She was said to have opened one or more eateries in Cascade, but these enterprises failed, possibly because of her alleged generosity in allowing those unable to pay to eat for free.

In 1895 Fields acquired the postal service contract for mail between Cascade and St. Peter’s Mission. Her dedication and reliability on this difficult and often dangerous route earned her the sobriquet Stagecoach Mary. She worked for the postal service for eight years and retired in the early 20th century. Thereafter, she operated a laundry service and also reportedly babysat children. She continued to drink in saloons, and she became a beloved figure in Cascade. The actor Gary Cooper met Fields when he was a child, and an account of his memories of her appeared in Ebony magazine (1959).

The Slave Ships & Their Voyages