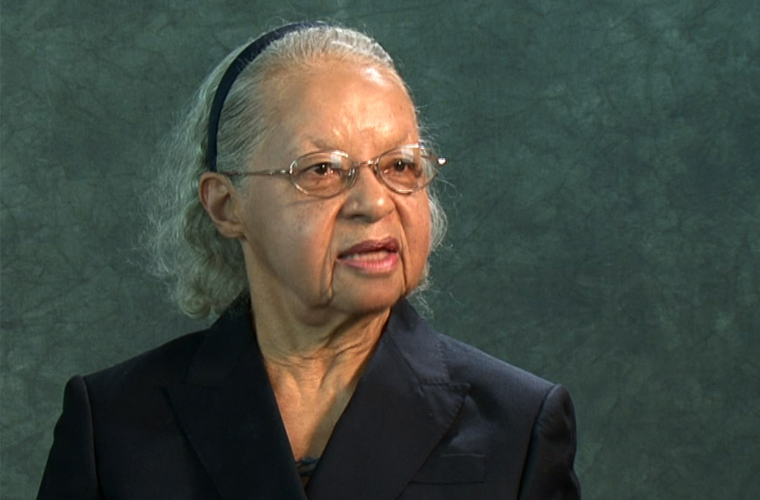 NAACP executive Mildred Bond Roxborough was born on June 30, 1926, in Brownsville, Tennessee, one of three daughters of college sweethearts Ollie and Mattye Tollette Bond. Roxborough’s family background included a tradition of African American empowerment; her mother’s family founded Tollette, Arkansas, which was a post-Reconstruction, all-African-American town, while her own parents chartered Brownsville, Tennesee’s first chapter of the NAACP. At the age of nine, Roxborough began selling subscriptions to The Crisis, the official publication of the NAACP.

Roxborough and her family moved to Kansas City after her father’s involvement in civil rights activities forced her family to leave Tennessee; it was there that she graduated from Charles Sumner High School in 1943. Roxborough worked towards her college undergraduate degree at Howard University and Washington Square College of New York University, finishing in 1947; she received her M.A degree from Columbia University in 1953 and attended the University of Paris extension at Marseilles and the University of Mexico at Cuernavaca.

In addition to her service to and lifetime membership in the NAACP, Roxborough served as vice chairman of Intergroup Corporation, and on the boards of America’s Charities and Morningside Retirement and Health, Incorporated. Roxborough’s honors and awards included the James Weldon Johnson Medal; the Medgar Wiley Evers Award; and America’s Charities Distinguished Service Award.