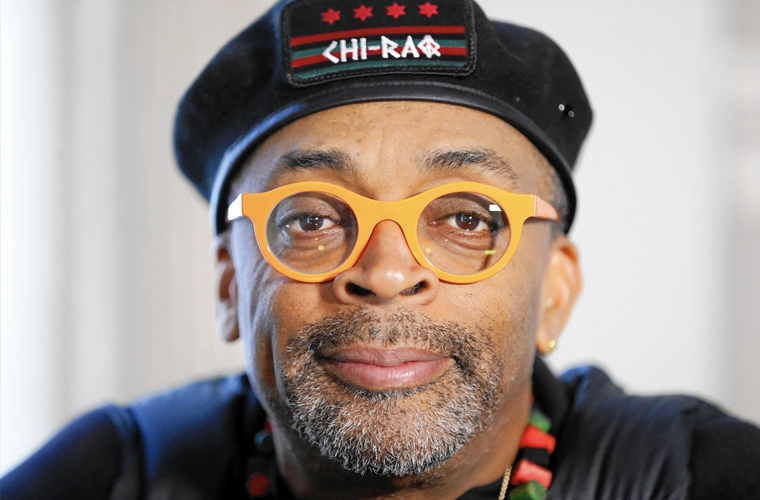 The son of the jazz composer Bill Lee, he was reared in a middle-class Brooklyn neighborhood. He majored in communications at Atlanta’s Morehouse College, where he directed his first Super-8 films and met his future coproducer, Monty Ross. In 1978 Lee entered New York University’s Graduate Film School, where he met another future collaborator, cinematographer Ernest Dickerson. He gained national attention with his master’s thesis, the short subject Joe’s Bed-Stuy Barbershop: We Cut Heads (as he explained at the time, the barbershop “is second only in importance to the church in the Black community”), which earned him the Academy of Motion Picture Arts and Science’s Student Award.

Lee’s feature film debut was She’s Gotta Have It (1986), a prismatic character study about the love life of a contemporary Black woman. Establishing a career-long pattern, Lee not only wrote, produced, directed, and edited the film but also played a key supporting role. The film, which was made on a $175,000 budget, was hailed as “Godardesque” at the Cannes film festival. His next film, based on his experiences at Morehouse, was School Daze (1988), a scatological satire of color prejudice, snobbery, and betrayal within the Black academic community. The infamous Howard Beach incident (1986), in which a Black man in Queens, New York, was chased and killed by rampaging white youths, was the inspiration for Lee’s third feature, Do the Right Thing (1989), an impassioned but evenhanded work that neither blamed any specific group for racial violence nor absolved any from it. Most of his subsequent films dealt head-on with issues of race and racism in the United States—for instance, with interracial relationships in Jungle Fever (1991) and with the diversity of opinions within the Black community in Get on the Bus (1996).

With the notable exception of his monumental biographical film Malcolm X (1992), many of Lee’s later works received mixed reviews. Some observers complained about the excessive length of his films; others criticized his perpetuation of ethnic stereotypes, notably the Jewish characters in Mo’ Better Blues (1990) and the Italian Americans in Summer of Sam (1999); while still others condemned his treatment of his female characters. The outspoken Lee cited what he perceived as Hollywood’s antiblack bias, noting that, while Do the Right Thing, Malcolm X, and his poignant documentary 4 Little Girls (1997)—about the 16th Street Baptist Church bombing—all received Academy Award nominations, he was repeatedly denied an Oscar win.

Lee’s subsequent films included He Got Game (1998), a family drama that is both an exposé of college basketball recruiting practices and a paean to the sport, and 25th Hour (2002), which focuses on the last day of freedom for a convicted drug dealer (played by Edward Norton). Inside Man (2006), starring Denzel Washington and Jodie Foster, centers on the negotiations between the police and the bank robbers engaged in a hostage situation, while the mystery Miracle at St. Anna (2008) focuses on the experiences of African American soldiers in World War II. Lee returned to Brooklyn, the setting for several earlier films, for the drama Red Hook Summer (2012). Oldboy (2013) was a violent revenge drama based on a Japanese manga (which had previously been adapted as a South Korean film). Da Sweet Blood of Jesus (2014) was a reinterpretation of the 1973 horror film Ganja & Hess.

Loosely based on Aristophanes’ play Lysistrata (411 bce)—in which the women of the warring city-states Athens and Sparta refuse sexual contact until the Peloponnesian War is ended—Chi-Raq (2015) uses comedy, music, and spoken verse to explore the epidemic of gang violence in Chicago in the early 21st century. The film was the first to be produced by Amazon Studios. Controversial because of its alternatingly irreverent and confrontational tone, the film was nonetheless lauded by many critics for its sui generis examination of racial and class inequality, gang culture, and sexuality.

In 2017 Lee rebooted his debut hit, She’s Gotta Have It, as a Netflix series. The show brought the main character of Nola Darling to 21st-century Brooklyn as she unapologetically navigates her career as an artist and her relationships with three men; the show was canceled in 2019. Lee then returned to themes of race relations with the film BlacKkKlansman (2018), a satire based on the memoir of a Black police officer in Colorado Springs, Colorado, who infiltrated the local Ku Klux Klan chapter in the 1970s. The movie was lauded as a biting commentary on enduring racial tensions in the United States, and Lee won the Academy Award for best-adapted screenplay for it, his first competitive win. His next feature film, Da 5 Bloods (2020), centers on a group of Vietnam veterans who return to the Southeast Asian country in order to retrieve the body of their squad leader and locate the treasure they hid years earlier. Ostensibly an action-adventure, the movie explores civil rights issues and the battles facing African Americans in the United States. Also in 2020, Lee directed a film version of the Broadway production of David Byrne’s American Utopia, which aired on HBO.

Lee also continued to direct nonfiction films, including The Original Kings of Comedy (2000), which showcased African American stand-up comedians, and When the Levees Broke (2006), a four-part HBO series outlining the U.S. government’s inadequate response to Hurricane Katrina. A follow-up series, If God Is Willing and da Creek Don’t Rise, aired in 2010. He later helmed the documentary series NYC Epicenters 9/11–20211/2 (2021), which focuses on the impact of the September 11 attacks and the COVID-19 pandemic on New York City. Lee’s other directorial credits included several music videos as well as the Broadway production of Mike Tyson: Undisputed Truth (2012), a one-man show performed by the former heavyweight boxing champion.

Many of Lee’s films can be classified as family affairs: his father, Bill, contributed music to She’s Gotta Have It and Mo’ Better Blues, among others; his sister, Joie, played major roles in several productions; and his brother David Charles Lee was the still photographer.