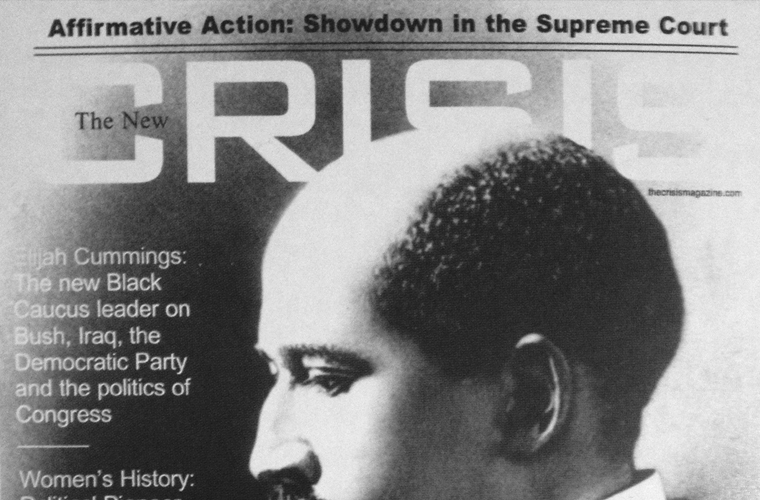 The Crisis, American quarterly magazine published by the National Association for the Advancement of Colored People (NAACP). It was founded in 1910 and, for its first 24 years, was edited by W.E.B. Du Bois. It is considered the world’s oldest black publication.

Du Bois played a key role in the creation of The Crisis: A Record of the Darker Races (the subtitle was later dropped). In his editorial for the first issue (November 1910), he wrote that the magazine would “show the danger of race prejudice, particularly as manifested today toward colored people.” The Crisis was a huge success and by the end of its first decade had achieved a monthly circulation of 100,000 copies. In its pages, Du Bois displayed the evolution of his thought from his early, hopeful insistence on racial justice to his resigned call for black separatism. The Crisis was an important medium for the young black writers of the Harlem Renaissance, especially from 1919 to 1926, when Jessie Redmon Fauset was its literary editor. The writers she discovered or encouraged included the poets Arna Bontemps, Langston Hughes, and Countee Cullen and the novelist-poet Jean Toomer. Under Fauset’s literary guidance The Crisis, along with the magazine Opportunity, was the leading publisher of young black authors.

After Fauset’s departure, The Crisis was unable to sustain its high literary standards. In 1934 the magazine lost its guiding force when Du Bois stepped down as editor following frequent clashes with the NAACP’s board members, who objected to his increasingly controversial opinions, such as his support for interracial marriage. In the ensuing decades, its readership declined, and the magazine briefly ceased publication in 1996. When it returned in July 1997, The Crisis carried the subtitle The Magazine of Opportunities and Ideas, though that was dropped in 2003. About this time the magazine also became a quarterly publication. Despite the various changes, The Crisis remained influential and was especially noted for its coverage of civil rights.