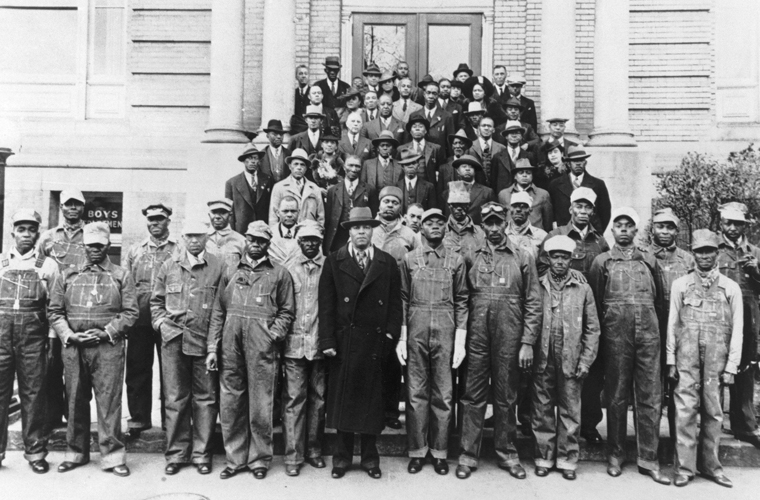 In 1867 the founder of the Pullman Company, George Mortimer Pullman, seized the opportunity to meet his company’s labour needs by providing employment for some of the slaves freed in the wake of the American Civil War. The association with the company worked fairly well for these men and women, who were desperately in need of employment. However, Pullman exploited their difficult situation by demanding long hours of hard work with poor compensation. He also instituted an in-house company organization for employee representation that primarily met the needs of the management rather than those of the workers. Under its auspices, the company fixed wage rates and working conditions; workers could either accept what the company offered or quit.

Frustrated by the Pullman Company’s policy and seeking to reduce the inequity of their situation by organizing, the Pullman porters approached Randolph. Initially, he was reluctant to take on their cause. However, he published two articles in The Messenger magazine that received wide support. When the porters renewed their pressure on Randolph, he agreed to assist them, and on August 25, 1925, the BSCP was born. The Pullman Company, infuriated by the “upstart” porters and their agitators, employed various tactics—including spies, intimidation, and propaganda—so as to destroy the union.

Passage of the Railway Labor Act by the U.S. Congress in May 1926 provided cause for optimism for Randolph and the porters. The act stipulated that all disputes over wages, rules, and working conditions involving railroad workers were to be settled promptly through negotiations between labor and management, overseen by a Board of Mediation without interference, influence, or coercion. The workers’ confidence was premature, however. The Pullman Company, arguing that 85 percent of the porters supported the company’s in-house union, refused to recognize the BSCP.

Throughout the ensuing years, the BSCP fought a multifaceted battle against the Pullman Company. In 1932 their tenacity paid off. Although the weight of the Great Depression virtually crushed the BSCP, Franklin D. Roosevelt’s New Deal provided a way out. The National Industrial Recovery Act, enacted in 1933, reinforced the Railway Labor Act, while the Emergency Railroad Transportation Act (1933) specifically banned company unions. That legislation provided some of the strongest-ever protections for organized labor.

After much stalling, the Pullman Company agreed to begin negotiating in good faith with the porters, and on April 25, 1937, it signed the first agreement between a union of African American workers and a major American corporation.

Once the BSCP achieved recognition by the Pullman Company, the union set about realizing its practical objectives and meeting the needs of its membership. The contract between the Pullman Company and the BSCP brought the porters the single largest wage increase they had ever received under an agreement with the company. The BSCP also secured agreements from the Pullman Company that established a 240-hour work month, eliminated the system of determining rates by mileage, and guaranteed pay for preparatory and terminal time and a reasonable amount of rest during trips.

The constitution of the BSCP also provided for the formation of the International Ladies Auxiliary, an adjunct organization for wives and female relatives of members of the union. The primary function of the auxiliary was to assist the BSCP through fund-raising and dissemination of information in the interest of the union.