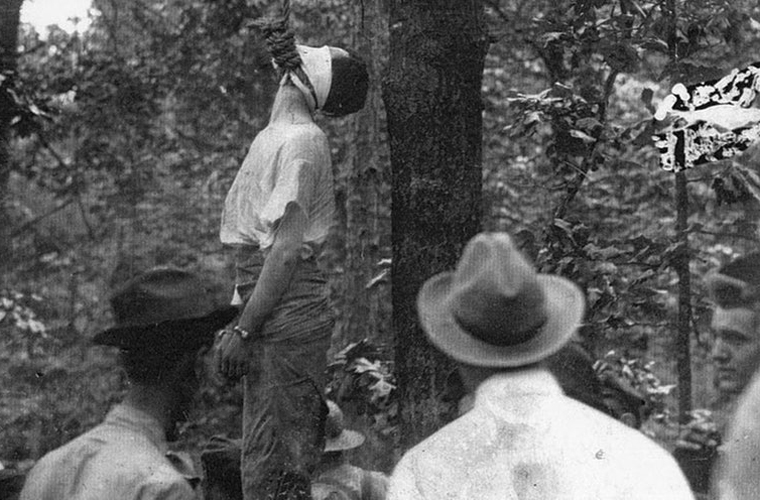 In 1913, Leo Frank was convicted of murdering Mary Phagan, a 13-year-old employee of the Atlanta pencil factory that Frank managed. After Georgia’s governor commuted his death sentence, a mob stormed the prison where Frank was being held and lynched him. Leo Frank thus became the only known Jew lynched in American history.

The case still spurs debate and controversy — it even inspired a Broadway play. What are the facts of the Frank case?

The Case Against Frank

“Little Mary Phagan,” as she became known, left home on the morning of April 26 to pick up her wages at the pencil factory and view Atlanta’s Confederate Day parade. She never returned home.

The next day, the factory night watchman found her bloody, sawdust-covered body in the factory basement. When the police asked Leo Frank, who had just completed a term as president of the Atlanta chapter of B’nai B’rith (a Jewish fraternal organization), to view her body, Frank became agitated. He confirmed personally paying Mary her wages but could not say where she went next. Frank, the last to admit seeing Mary alive, became the prime suspect.

Georgia’s solicitor general, Hugh Dorsey, sought a grand jury indictment against Frank. A rumor circulated that Mary had been sexually assaulted. Factory employees offered apparently false testimony that Frank had made sexual advances toward them. The madam of a house of ill repute claimed that Frank had phoned her several times, seeking a room for himself and a young girl.

In this era, the cult of Southern chivalry made it a “hanging crime” for African-American males to have sexual contact with the “flower of white womanhood.” The accusations against Frank, a Northern-born, college-educated Jew, proved equally inflammatory.

For the grand jury, Hugh Dorsey painted Leo Frank as a sexual pervert who was both homosexual and who preyed on young girls. What he did not tell the grand jury was that a janitor at the factory, Jim Conley, had been arrested two days after Frank when he was seen washing the blood off his shirt. Conley then admitted writing two notes that had been found by Mary Phagan’s body. The police assumed that, as the author of these notes, Conley was the murderer, but Conley claimed, after apparent coaching from Dorsey, that Leo Frank had confessed to murdering Mary in the lathe room and then paid Conley to pen the notes and help him move Mary’s body to the basement.

Even after Frank’s housekeeper placed him at home, having lunch at the time of the murder and despite gross inconsistencies in Conley’s story, both the grand and trial jury chose to believe Conley. This was perhaps the first instance of a Southern black man’s testimony being used to convict a white man. In August of 1913, the jury found Frank guilty in less than four hours. Crowds outside the courthouse shouted, “Hang the Jew.”

Historian Leonard Dinnerstein reports that one juror had been overheard to say before his selection for the jury, “I am glad they indicted the God damn Jew. They ought to take him out and lynch him. And if I get on that jury, I’ll hang that Jew for sure.”

Facing intimidation and mob rule, the trial judge sentenced Frank to death. He barred Frank from the courtroom on the grounds that, had he been acquitted, Frank might have been lynched by the crowd outside.

Despite these breaches of due process, Georgia’s higher courts rejected Frank’s appeals and the U. S. Supreme Court voted, 7-2, against reopening the case, with Justices Oliver Wendell Holmes and Charles Evans Hughes dissenting. Frank’s survival depended on Georgia Governor Frank Slaton. After a 12-day review of the evidence and letters recommending commutation from the trial judge (who must have had second thoughts) and from a private investigator who had worked for Hugh Dorsey, Slaton commuted Frank’s sentence to life imprisonment.

That night, state police kept a protesting crowd of 5,000 from the governor’s mansion. Wary Jewish families fled Atlanta. Slaton held firm. “Two thousand years ago,” he wrote a few days later, “another Governor washed his hands and turned over a Jew to a mob. For two thousand years, that governor’s name has been accursed. If today another Jew [Leo Frank] were lying in his grave because I had failed to do my duty, I would all through life find his blood on my hands and would consider myself an assassin through cowardice.”

On August 17, 1915, a group of 25 men — described by peers as “sober, intelligent, of established good name and character”— stormed the prison hospital where Leo Frank was recovering from having his throat slashed by a fellow inmate. They kidnapped Frank, drove him more than 100 miles to Mary Phagan’s hometown of Marietta, Georgia, and hanged him from a tree.

Frank conducted himself with dignity, calmly proclaiming his innocence.

Townsfolk were proudly photographed beneath Frank’s swinging corpse, pictures still valued today by their descendants. When his term expired a year later, Slaton did not run for reelection and Dorsey easily won election to the governor’s office.

In 1986, the Georgia Board of Pardons and Paroles finally granted Leo Frank a posthumous pardon, not because they thought him innocent, but because his lynching deprived him of his right to further appeal. Mary Phagan’s descendants and their supporters still insist on his guilt.