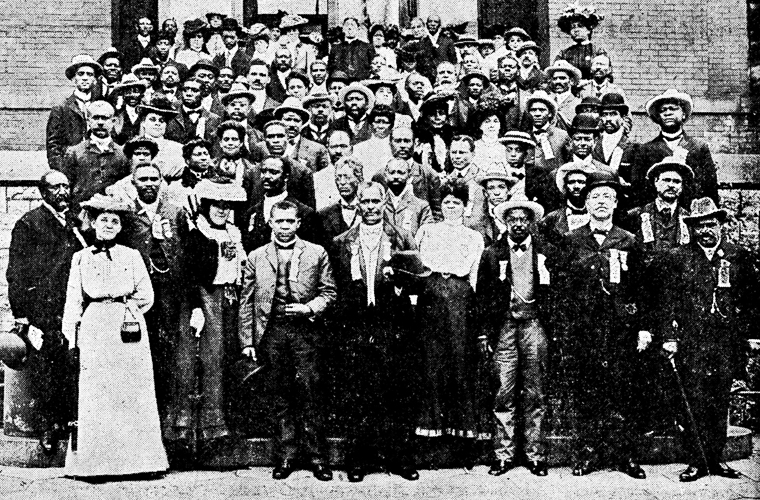 Founded on March 5, 1897 in Washington, D.C. by 78-year-old Reverend Alexander Crummell, the American Negro Academy (ANA) was an organization of black intellectuals who through their scholarship and writing were dedicated to the promotion of higher education, arts, and science for African Americans as part of the overall struggle for racial equality. The American Negro Academy brought together persons of African ancestry from around the world and was the first society of blacks that would specifically promote the “Talented Tenth” ideas later articulated by founding member W.E.B. DuBois. An all-male organization, the ANA consisted of those with backgrounds in law, medicine, literature, religion, and community activism.  Their collective goal, however, was to “lead and protect their people” and to be a “weapon to secure equality and destroy racism.”

American Negro Academy members produced a number of published works discussing and analyzing the African American experience and the issue of racism. They included Disenfranchisement of The Negro, written by J.L. Lowe, Comparative Study of The Negro Problem, by Charles C. Cook, and William Pickens’s The Status of the Free Negro from 1860-1970.

Although the American Negro Academy waned during the Harlem Renaissance in the 1920s, it experienced a rebirth of its own over forty years later as various musicians, poets, historians, and other artists again gathered to carry out the original goals of the ANA.  These scholars and artists organized meetings that led to the creation of the Black Academy of Arts and Letters (BAAL), which was established to continue the ANA’s mission. A non-profit organization, the Black Academy of Arts and Letters was chartered in New York City, New York in 1969.