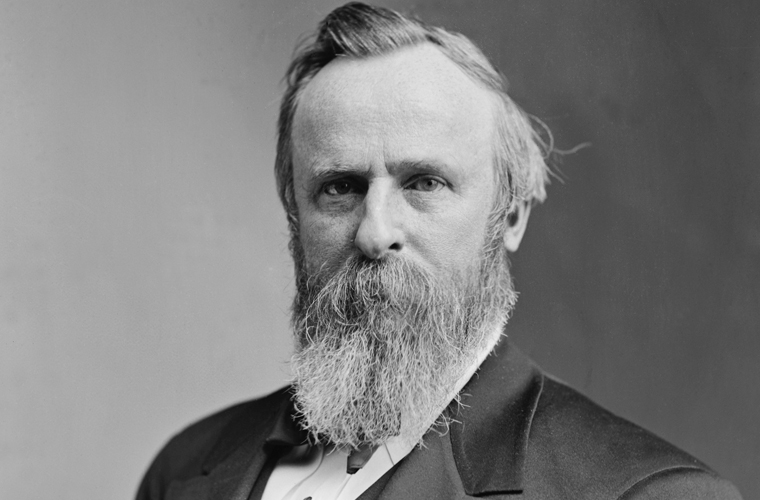 Immediately after the presidential election of 1876, it became clear that the outcome of the race hinged largely on disputed returns from Florida, Louisiana, and South Carolina–the only three states in the South with Reconstruction-era Republican governments still in power. As a bipartisan congressional commission debated over the outcome early in 1877, allies of the Republican Party candidate Rutherford Hayes met in secret with moderate southern Democrats in order to negotiate acceptance of Hayes’ election. The Democrats agreed not to block Hayes’ victory on the condition that Republicans withdraw all federal troops from the South, thus consolidating Democratic control over the region. As a result of the so-called Compromise of 1877 (or Compromise of 1876), Florida, Louisiana and South Carolina became Democratic once again, effectively marking the end of the Reconstruction era.

By the 1870s, support was waning for the racially egalitarian policies of Reconstruction, as many southern whites had resorted to intimidation and violence to keep blacks from voting and restore white supremacy in the region. Beginning in 1873, a series of Supreme Court decisions limited the scope of Reconstruction-era laws and federal support for the so-called Reconstruction Amendments, particularly the 14th and 15th, which gave African Americans the status of citizenship and the protection of the Constitution, including the all-important right to vote.

Did you know? After the most disputed election in American history, the Compromise of 1877 put Rutherford Hayes into office as the nation’s 19th president; outraged northern Democrats derided Hayes as “His Fraudulency.”

In addition, accusations of corruption within the administration of Ulysses S. Grant and an economic depression had heightened discontent with the Republican Party, in the White House since 1861. As the 1876 presidential election approached, the Democrats chose as their candidate Governor Samuel B. Tilden of New York, while the Republicans nominated Rutherford B. Hayes, governor of Ohio. In his acceptance of the nomination, Hayes wrote that if elected, he would bring “the blessings of honest and capable local self-government” to the South–in other words, restrict federal enforcement of unpopular Reconstruction-era policies.

On Election Day that November, the Democrats appeared to come out on top, winning the swing states of Connecticut, Indiana, New York, and New Jersey. By midnight, Tilden had 184 of the 185 electoral votes he needed to win and was leading the popular vote by 250,000. The Republicans refused to accept defeat, however, and accused Democratic supporters of intimidating and bribing African-American voters to prevent them from voting in three southern states–Florida, Louisiana, and South Carolina. As of 1876, these were the only remaining states in the South with Republican governments.

In South Carolina, the election had been marred by the bloodshed on both sides of the party line. Supporters of the Democratic gubernatorial candidate Wade Hampton, a former Confederate general, had used violence and intimidation to confront the African-American voting majority. A clash between black militia and armed whites in Hamburg in July ended in the death of five militiamen after their surrender, while at Camboy (near Charleston) six white men were killed when armed blacks opened fire in a political meeting. With both sides accusing each other of electoral fraud, South Carolina, along with Florida and Louisiana, submitted two sets of election returns with different results. Meanwhile, in Oregon, the state’s Democratic governor replaced a Republican elector with a Democrat (alleging that the Republican had been ineligible), thus throwing Hayes’ victory in that state into question as well. 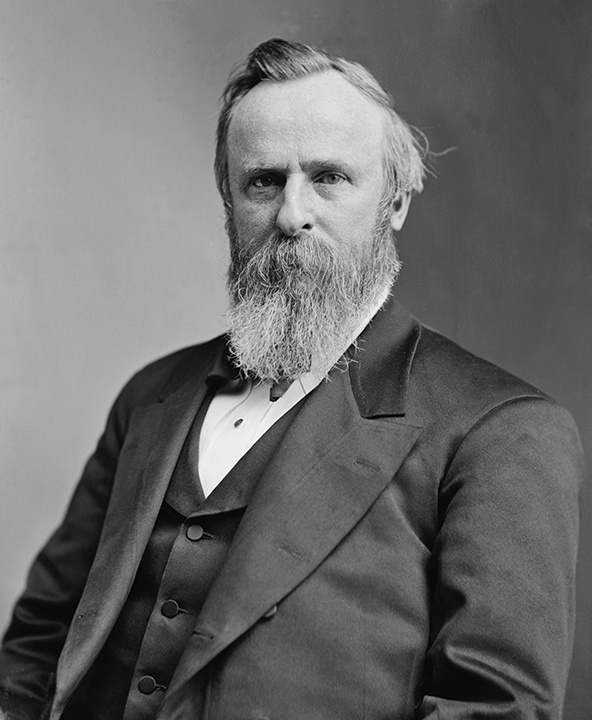 Rutherford B. Hayes won the contested election of 1876 as a result of the Compromise of 1877
To resolve the dispute, Congress set up an electoral commission in January 1877, consisting of five U.S. representatives, five senators, and five Supreme Court justices. The commission’s members included seven Democrats, seven Republicans, and one independent, Justice David Davis. When Davis refused to serve, the moderate Republican Justice Joseph Bradley was chosen to replace him.

During the commission’s deliberations, Hayes’ Republican allies met in secret with moderate southern Democrats in hopes of convincing them not to block the official counting of votes through filibuster and effectively allow Hayes’ election. In February, at a meeting held in Washington’s Wormley Hotel, the Democrats agreed to accept a Hayes victory and to respect the civil and political rights of African Americans, on the condition that Republicans withdraw all federal troops from the South, thus consolidating Democratic control in the region. Hayes would also have to agree to name a leading southerner to his cabinet and to support federal aid for the Texas and Pacific Railroad, a planned transcontinental line via a southern route. On March 2, the congressional commission voted 8-7 along party lines to award all the disputed electoral votes to Hayes, giving him 185 votes to Tilden’s 184.

Hayes appointed Tennessee’s David Key as postmaster general but never followed through on the promised land grant for the Texas and Pacific. Within two months, however, Hayes had ordered federal troops from their posts guarding Louisiana and South Carolina statehouses, allowing Democrats to seize control in both those states. As Florida’s Supreme Court had earlier declared a Democratic victory in the 1876 gubernatorial election, Democrats had been restored to power all across the South.

The Compromise of 1876 effectively ended the Reconstruction era. Southern Democrats’ promises to protect the civil and political rights of blacks were not kept, and the end of federal interference in southern affairs led to the widespread disenfranchisement of blacks voters. From the late 1870s onward, southern legislatures passed a series of laws requiring the separation of whites from “persons of color” on public transportation, in schools, parks, restaurants, theaters, and other locations. Known as the “Jim Crow laws” (after a popular minstrel act developed in the antebellum years), these segregationist statutes governed life in the South through the middle of the next century, ending only after the hard-won successes of the civil rights movement in the 1960s.