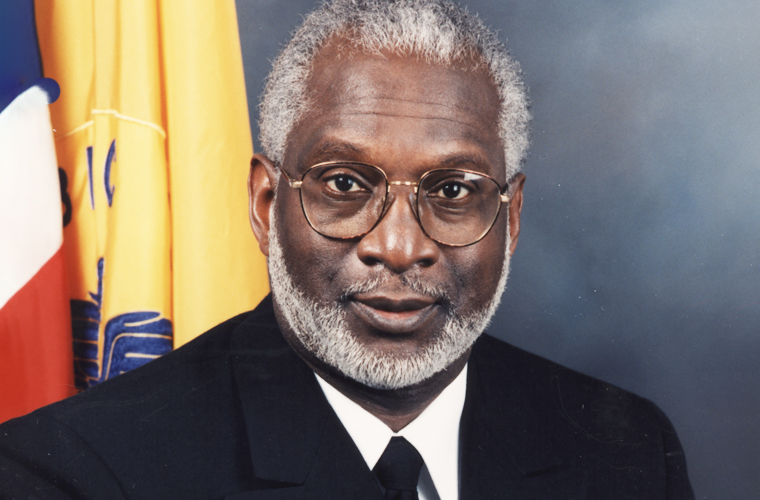 The son of a small farmer, Satcher nearly died of whooping cough at age two because his family had little access to health care. He was attended by the only black physician in the area and resolved from an early age to become a doctor. At his racially segregated high school, he was class valedictorian and was one of only three graduates to go on to college, earning a B.S. in 1963 from Morehouse College, a historically black institution in Atlanta, Georgia. In 1970 he became the first African American to earn both an M.D. and a Ph.D. (cytogenetics) at Case Western Reserve University in Cleveland, Ohio.

During the 1970s Satcher held administrative and teaching posts in Los Angeles at the Charles R. Drew Postgraduate Medical School and its affiliated hospital, the King-Drew Sickle Cell Center, and UCLA’s School of Public Health. He returned to Morehouse in 1979 to chair the department of community medicine and family practice, and from 1982 to 1993 he served as president of Meharry Medical College in Nashville, Tennessee. When Satcher assumed the presidency, Meharry, dedicated to training African American doctors for 100 years, was on the verge of losing its accreditation; he recruited new faculty members, strengthened its academic standing, and ensured the financial security of both the school and its teaching hospital.

In 1993 Satcher was appointed the director of the Centers for Disease Control and Prevention (CDC). During his tenure he emphasized disease prevention, instituting initiatives to raise childhood immunization rates, address emerging infectious diseases, and prevent food-borne illnesses. Satcher was appointed surgeon general by President Bill Clinton and assumed his duties in February 1998. Until January 2001 he served concurrently as assistant secretary of health in the Department of Health and Human Services. Together these positions provided a forum to emphasize public health issues and shape biomedical research policy. In his role as the nation’s chief doctor, Satcher presented a report to the president on tobacco use (focusing on the health risks of smoking for minorities and minority teenagers), commissioned a report on suicide prevention, sought to eliminate race-based health care disparities, and urged the nation to open an “honest debate” on mental health. In 2001 Satcher released a groundbreaking and controversial report titled The Call to Action to Promote Sexual Health and Responsible Sexual Behavior, which emphasized the role of research-based strategies in addressing issues related to sexual health.

After his term as surgeon general ended in February 2002, Satcher became director of the National Center for Primary Care at the Morehouse School of Medicine. He later served as president of the medical school from 2004 to 2006. His interest in improving public health policy and in cultivating leadership and diversity in the public health sector inspired him to develop the Satcher Health Leadership Institute at Morehouse School of Medicine in 2006. Satcher received many awards throughout his career, including the New York Academy of Medicine Lifetime Achievement Award (1997) and the Jimmy and Rosalynn Carter Award for Humanitarian Contributions to the Health of Humankind (1999).