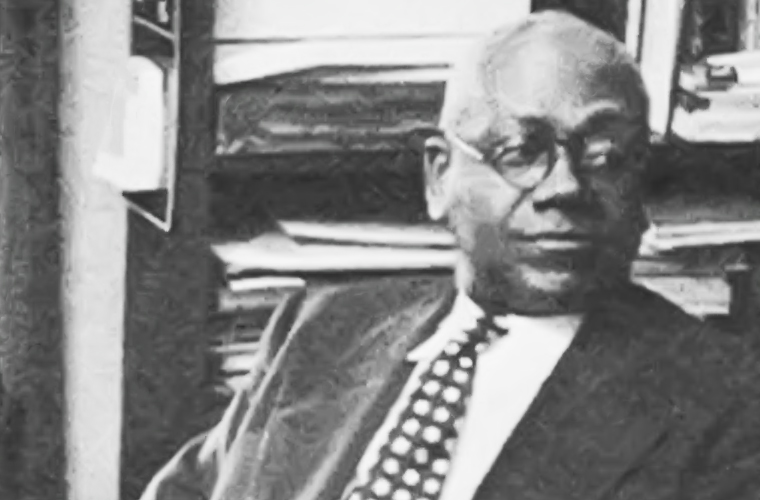 Henry Lee Moon helped to define the civil rights agenda of the National Association for the Advancement of Colored People (NAACP) during the post-World War II era. The son of Roddy Moon, a prominent NAACP branch president in Cleveland, and Leah Moon, Henry Lee Moon came of age within the early 20th-century black middle-class culture of social activism.

Moon began his career in race reform as Director of Press Relations at Tuskegee Institute in Alabama in 1926, shortly after earning a BA and MA in journalism from Howard University and Ohio State University, respectively. By 1930, however, Moon returned to the North in search of more direct opportunities to challenge racial inequality and participate in emerging left-based politics. He traveled to the Soviet Union to join other intellectuals in dialogues about race and communism but increasingly identified with Franklin Roosevelt’s New Deal politics as the foundation for real change. Moon himself found work with the Federal Writers’ Project and the Federal Public Housing Authority.

In 1944 Moon was hired to serve as a field organizer in the South for the Congress of Industrial Organizations (CIO)’s Political Action Committee. Four years later, in 1948, Moon became public relations director for the NAACP and published his first book, Balance of Power: The Negro Vote, a highly influential study of black voting. Moon argued that partisan competition for African American voters would expand the Civil Rights Movement both by reinforcing the emergent left turn within the Democratic Party and encouraging Republicans in competitive districts to endorse civil rights agendas.

Although critics charged that once elected, mainstream politicians often betrayed their campaign promises to support racial equality and noted that the Republican Party often found support in resistance to civil rights change, the NAACP endorsed Moon’s view by increasingly emphasizing voting rights campaigns in the South and building allegiances with political leaders. By 1964, Moon’s ideas seemed vindicated as the NAACP celebrated victories such as Lyndon B. Johnson’s election to the presidency, the passage of national civil rights legislation, and the growing number of Northern black public officials due to rising black electoral influence.

From 1964 to his retirement in 1974, Moon edited the NAACP’s journal, The Crisis. He used the magazine to celebrate growing African American opportunities over the course of the 20th century with articles on black history, politics, and culture. To foster African American history, he also worked to publish collections of the writings of the first Crisis editor, W. E. B. Du Bois. Married to Mollie Moon, an important activist in the National Urban League, Henry Lee Moon’s family life and career represent the long commitment to public activism that many African Americans shared in the 20th-century civil rights struggle.