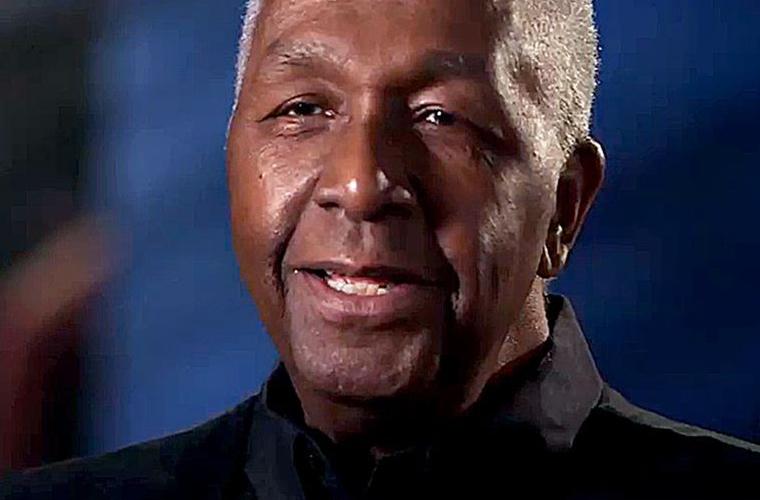 Born in Washington, D.C. on September 2, 1941, legendary basketball coach-emeritus John Thompson, Jr., arose from segregated public housing and asphalt playground courts to the polished hardwoods of collegiate and professional basketball, becoming the first African American head coach — in any major college sport– to win a national title. Best known for leading the 1984 Georgetown University “Hoyas” to the coveted National Collegiate Athletic Association (NCAA), Men’s Division I Basketball Championship, as well as the iconic white towel draped over one shoulder, Thompson guided the Hoyas for 27 seasons to a distinctive record of 596-239 (.714), just four games shy of college basketball’s elite list of coaches with 600 or more career wins.

Between 1972 and 1999, the Hoyas won seven “Big East” conference championships and reached postseason play 24 times, earning 20 NCAA and four National Invitational Tournament (NIT) bracket-berths. Named “Coach of the Year” seven times, between 1980 and 1987, Thompson retired in January 1999. Barely ten months later, at the age of 58, he was inducted into the “Naismith Memorial Basketball Hall of Fame.” His student-athletes 97%-graduation rate (76 of 78 received degrees) was highlighted among his most impressive achievements.

Thompson often cited the tough-love parenting of his mother and father, Anna Thompson and John Robert Thompson, Sr., for the Hoya’s player-focused, academic-and-physical conditioning.  His mother, a $5-per-day domestic who became a nurse, and his father, a tile-and-marble setter who never learned to read and write, worked long hours, instilling hard-work ethics and Catholic values into their son. These values he, in turn, instilled in his student-athlete players, reminding them that academic preparation for life after basketball was as important as winning.

Standing 6-foot-6 at age 13, Thompson sharpened his playing skills during after-school competition on Washington’s Anacostia-area playgrounds and the Police Boy’s Cub #2, which spawned several NBA stars. As star center for Washington’s Archbishop Carroll High, he played in three consecutive city championships, between 1958 and 1960, the year he graduated. He then enrolled at Providence College in Rhode Island, graduating with a bachelor’s degree in Economics in 1964.  He was also named All-American and was the college’s all-time leader in points and field goal percentage.

Thompson, now 6’10” and 270 pounds, was picked by the Boston Celtics in the 1964 NBA Draft, backing up Bill Russell, between 1964 and 1966. He married his high school sweetheart, Gwendolyn, in 1965 and left the NBA in 1966 to coach and mentor young athletes.  His first head coach position was at Washington, D.C.’s St. Anthony High School where his teams compiled a 122-28 record, between 1966 and 1972 before he was hired at Georgetown University. In 1988, Thompson was the head coach of the Bronze-medal-winning, USA Men’s Basketball Olympic Team.

Thompson’s post-graduate education includes a master’s degree (University of the District of Columbia: UDC) and four honorary degrees (Georgetown, St. Peter’s College in Jersey City, New Jersey, Wheeling College in Wheeling, West Virginia, and UDC). In retirement, he hosted “The John Thompson Show,” a sports radio talk show in the Washington, D.C. area, and founded the “John Thompson Charitable Foundation,” for the city’s disadvantaged children. In 2014, Georgetown University announced the naming of its $60 million athletic facilities, to be completed in 2016, as the “John R. Thompson Jr. Intercollegiate Athletics Center.”