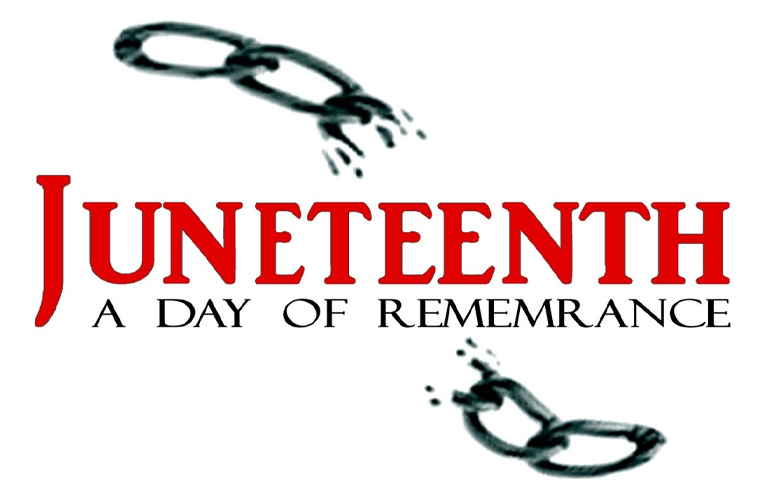 On June 19, 1865, in Galveston, the United States military governor of Texas, General Gordon Granger, issued General Order No.3, which declared that per the Emancipation Proclamation the enslaved population of Texas was free. That announcement ignited a celebration that became known as Juneteenth.

On September 22, 1862, President Abraham Lincoln issued the Preliminary Emancipation Proclamation which declared that if any of the states currently in rebellion against the United States did not end their rebellion by January 1, 1863, the enslaved population of those states would be declared free. Since none of the Confederate states ended their rebellion on January 1, 1863, the Emancipation Proclamation went into effect, technically freeing no one except for those enslaved Africans who either freed themselves or who left their plantations after the United States Army liberated areas of the Confederacy.

Although pockets of Confederate rebels continued to fight, the Civil War for all practical purposes ended when General Robert E. Lee surrendered the Confederate Army he commanded to General Ulysses S. Grant at Appomattox Courthouse in Virginia on April 9, 1865. Historians have theorized that the news of Lee’s surrender never reached the enslaved population in parts of Texas. The most common theory holds that the plantation owners in Texas withheld the news in order to work their enslaved population for as long as possible. However, it is possible that the enslaved population did know about the surrender, but remnants of the Confederate Army still held power in Texas until the Union Army arrived in June 1865.

Whereas some Juneteenth celebrations focus on the actions of General Granger and the US Army, the real significance of Juneteenth, in my opinion, is the struggle that Afrikans in America waged, in various forms, to end chattel slavery. Indeed without that struggle, there would have been no Juneteenth.

Juneteenth is a celebration of Afrikan resistance to chattel slavery which began immediately upon the arrival of the 20 and Odd at Point Comfort, Virginia in August 1619. Some Afrikans escaped to freedom to live among the Indigenous People. Sometimes they escaped living in sanctuaries like the Dismal Swamp in Virginia. They did simple things like breaking the tools they were forced to use on tobacco plantations. Sometimes a plantation owner mysteriously died, as a result of food poisoning.

When we celebrate Juneteenth we absorb the spirit of “Mum Bett,” Elizabeth Freeman, the first enslaved Afrikan to file and win freedom via a lawsuit, in Massachusetts, in 1781.

When we celebrate Juneteenth we absorb the spirit of the 1739 Stono Rebellion in South Carolina.

We absorb the spirit of Gabriel, Solomon, and Martin Prosser who planned a revolt in Virginia in 1800.

Because there were so many, Virginia Gov. James Monroe lost track of the hangings of slaves judged guilty of conspiring to rebel against their bondage in August 1800. Concerned about this spectacle of humiliation and death, Monroe sought advice from former governor and U.S. Vice President Thomas Jefferson. “Where to stay the hand of the executioner is an important question,” Jefferson agreed. On condition that Monroe keeps his views secret, Jefferson added, “There is a strong sentiment that there has been hanging enough. The other states & the world at large will forever condemn us if we indulge in a principle of revenge.”

We absorb the spirit of Charles Deslondes and the 1811 German Coast Uprising in Louisiana.

We absorb the spirit of  Denmark Vesey, Gullah Jack Pritchard, and all of the Afrikans in the planned 1822 rebellion in Charleston, SC.

We absorb the spirit of David Walker and his 1829 “Appeal to the Colored Citizens of the World.”

We absorb the spirit of Nat Turner and his 1831 rebellion.

We absorb the spirit of Maria Stewart and her spoken words against slavery.

We absorb the spirit of Harriet Tubman, her numerous trips to free enslaved Africans, and the successful Combahee River Raid she planned.

We absorb the spirit of the Gullah People who fled to Florida and fought the US Army, along with Indigenous People, in three wars between 1816 and 1858.

We absorb the spirit of Dred and Harriet Scott whose legal challenges for their freedom resulted in the 1857 Dred Scott Decision (the two lawsuits were combined into one), a key event that led to the Civil War.

We absorb the spirit of Dangerfield Newby, Shields Green, Lewis Leary, John  Copeland, and Osborne Anderson who joined John Brown and his sons in their assault on slavery at Harper’s Ferry.

We absorb the spirit of countless others known and unknown who continuously escaped from chattel slavery, forcing the United States government to enact three separate laws to capture and return enslaved Afrikans who liberated themselves: The Fugitive Slave Clause in the 1787 US Constitution; the Fugitive Slave Law of 1793; and the Fugitive Slave Act of 1850.

This is the real history, a history of resistance, perseverance, rebellion, and resilience that makes Juneteenth worthy of celebration. As our Esteemed Ancestor Maya Angelou told us at 1995 Million Man March:

“But today, voices of old spirit sound
Speak to us in words profound,
Across the years, across the centuries,
Across the oceans, and across the seas.
They say, draw near to one another,
Save your race.
You have been paid for in a distant place,
The old ones remind us that slavery’s chains
Have paid for our freedom again and again.

The ancestors remind us, despite the history of pain
We are going-on people who will rise again.”

The Master Teacher,  Dr. John Henrik Clarke said: “All history is a current event.”  Absorbing the spirit of Juneteenth requires us to meet the challenges Afrikan people face today with the same courage and commitment of our ancestors, those named above, and those unnamed.