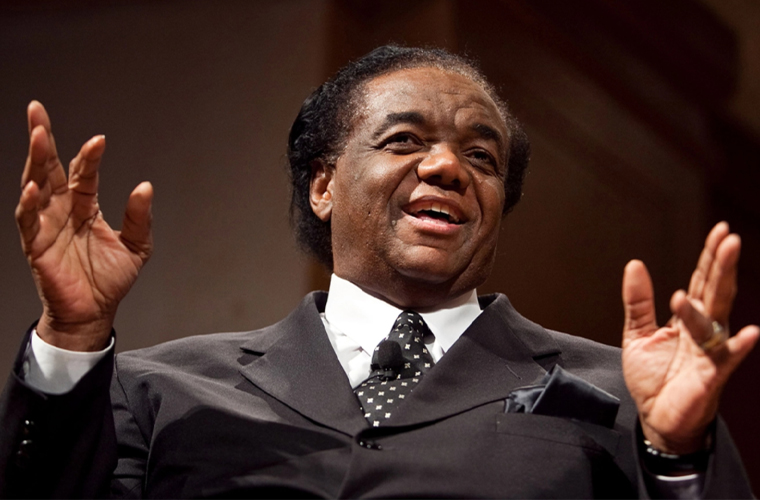 Lamont Dozier was born and raised in Detroit and was surrounded by music as a child, beginning to write lyrics and music before he was a teenager.

At the age of 13, Dozier founded The Romeos and was signed to Atco Records in 1957. The band had a charting R&B record with the song, “Fine Fine Baby”. Shortly thereafter, The Romeos broke up and Dozier joined The Voicemasters, a doo-wop band on Anna Records. Soon after, Dozier signed exclusively to Motown Records in 1962 as an artist, producer, and songwriter. 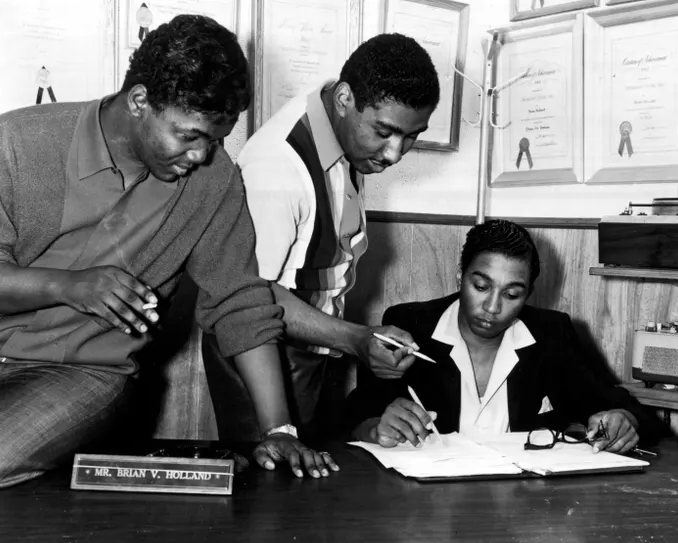 In the early ’60s, Dozier began writing with Brian Holland and was later joined by Brian’s brother Eddie. Over a four-year period, 1963-67, Dozier and brothers Brian and Eddie Holland crafted more than 25 top 10 songs and mastered the blend of pop and rhythm and blues that allowed the Detroit label, and founder Berry Gordy, to defy boundaries between Black and white music and rival the Beatles on the airwaves.

The catalog the trio would create in the 1960s was a major part of Motown’s success. The team of Holland-Dozier-Holland churned out a massive stream of songs for the Supremes, the Four Tops, the Temptations, Martha Reeves & The Vandellas, The Marvelettes, and Marvin Gaye. Catalog highlights include “Baby Love”, “Where Did Our Love Go”, “Baby I Need Your Loving”, “You Can’t Hurry Love”, “Reach Out, I’ll Be There”, “How Sweet It Is (To Be Loved By You)”, “Stop! In The Name of Love”, “Love Is Like An Itching In My Heart”, “Heat Wave”, “Nowhere to Run“, “Bernadette”, “It’s The Same Old Song” and more. Holland-Dozier-Holland were the architects of the self-titled Sound of Young America and created the songs that turned a fledgling Detroit record company into an industry groundbreaker and powerhouse.

After leaving Motown, Holland-Dozier-Holland had a string of hits on the Invictus and Hot Wax labels that rank with their best at Motown. The post-Motown period produced Freda Payne’s “Band Of Gold” and Chairmen of the Board’s “Give Me Just A Little More Time” and “Why Can’t We Be Lovers”.

In 1972, after the Invictus label failed, Dozier decided to break all business ties with the Hollands and moved to California. The momentum from the “Why Can’t We Be Lovers” record landed him a recording contract with ABC Dunhill Records. Recording as a solo artist at ABC, Dozier scored two pop hits with “Trying To Hold On To My Woman” and “Fish Ain’t Bitin’,” pushing his first solo album past the RIAA gold mark.

In the late 1970s, Dozier shifted labels producing and writing gold and platinum albums for Warner Bros., Arista Records, and Columbia Records. In 1980, he moved to England and began working with British vocalists such as Alison Moyet and Simply Red. During this period, Dozier wrote for her the top ten hit, “Invisible”, as well as “You’ve Got It.” He met Phil Collins in 1985, backstage at one of Collins’ shows in Los Angeles. Phil had recorded a top ten hit with his cover version of Dozier’s “You Can’t Hurry Love”, originally penned for The Supremes and when Collins was co-producing Eric Clapton’s August album, Dozier contributed two songs “Hung Up On Your Love Again” and “Run”.

Holland-Dozier-Holland was inducted into the Songwriters Hall of Fame in 1988 and the Rock and Roll Hall of Fame two years later. Dozier had a top 20 hit with “Trying to Hold on to My Woman,” helped produce Aretha Franklin’s Sweet Passion album, and collaborated with Eric Clapton and Hucknall among others. His biggest success was co-writing Phil Collins’ chart-topping “Two Hearts,” from the 1988 movie Buster, a mid-tempo, Motown-style ballad that won a Grammy and Golden Globe and received an Oscar nomination.

Dozier began composing songs with an eye toward landing another record deal for himself as an artist, which he accomplished in 1991 with Atlantic Records. The new album featured “Love in the Rain”, with guest appearances by Eric Clapton and Phil Collins. Unhappy at Atlantic, Dozier decided to start his own record label to market and distribute his own recordings. 2002 marked a new Dozier album, Lamont Dozier…An American Original, the first release for Hithouse Records, which he founded in the late 1990s with his wife and business partner, Barbara Ullman Dozier. The album earned a Grammy Award nomination in 2002 for Best Traditional R&B Vocal Album.

Reflecting on the 60’s Motown collaboration with the Hollands, Dozier said that he and the Hollands had no idea in the ’60s what impact their songs were having on America, they were too busy cranking them out. “We were just kids, banging this stuff out,” he said. “We had no idea these songs would be around one day to the next, much less 35 to 40 years later.”

Dozier continued wearing many hats as producer/songwriter/recording artist. He completed a series of educational tapes entitled The Lamont Dozier School of Music and continued to work with new artists of every genre.