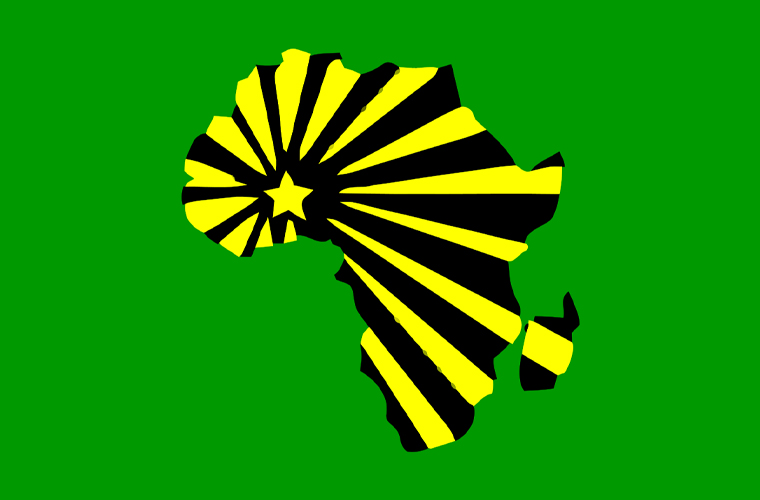 The PAC has its root in the ANC. During the 1940s an Africanist group led by Anton Lembede, Potlako Leballo, A.P. Mda, and Robert Sobukwe emerged within the ANC. They wanted South Africa returned to its indigenous inhabitants (“Africa for the Africans”) and were unwilling to give equal rights to all races. The latter point was an axiom of the Freedom Charter of 1955, a document calling for nonracial social democracy in South Africa that was adopted by several anti-apartheid organizations, including the ANC in the following year. The group broke away from the ANC in 1958 and in April 1959 formed the Pan-Africanist Congress under the leadership of Sobukwe.

The hard-line PAC originally advocated such methods of political pressure as strikes and boycotts. On March 21, 1960, the PAC sponsored a nationwide one-day protest against the apartheid laws requiring blacks to carry passes, during which Sobukwe and others were arrested. (From this point on, Sobukwe was either imprisoned or banned—severely restricted in travel, association, and speech—until his death in February 1978.) During one such demonstration, at Sharpeville in the Transvaal, police fired into a crowd, killing 69 Africans and wounding 180. (See Sharpeville massacre.) In further response to the demonstration, the government essentially outlawed the PAC (as well as the ANC) by banning them as of April 8, 1960.

Like the ANC, but less successfully, the PAC moved its operations underground and established an external base in Tanzania to bypass its banning in South Africa. A PAC military organization, Poqo (Xhosa: “Pure”), was formed, the aim of which was to overthrow white rule in South Africa by violence. Apart from some incidents in the early 1960s, however, it was largely ineffective, and it eventually disbanded under the pressure of the South African government’s harsh response to its activities.

Quarrels among the PAC leaders, disunity as to objectives (notably, Leballo wished to use Lesotho instead of Tanzania as a base for armed struggle against South Africa), and failure to win widespread international support led to the decline in support for the PAC within South Africa. Also having a negative impact on PAC operations was the weakened and sometimes unclear leadership that existed during its banning. Leballo claimed to be acting president in 1963, although he was constantly engaged in a power struggle with other party leaders and was eventually expelled from the organization in 1979. Vusumuzi Make then briefly led the organization until 1981 when he stepped down in favor of John Pokela, who served until his death in 1985. Some stability returned when Zephania Lekoane Mothopeng was elected president of the PAC in 1986; he would lead the organization until 1990.

During the 1980s the PAC’s militant Africanism was overshadowed by the ANC and the United Democratic Front’s more-practical nonracial politics. However, after the unbanning of both the ANC and the PAC in 1990, the aggressively antiwhite postures of the PAC’s military wing (now named the Azanian People’s Liberation Army; APLA), with its slogan of “One settler, one bullet,” became popular. The APLA perpetrated several massacres between 1991 and 1994, including killings in a pub and a church in Cape Town.

The PAC was equivocal about participating in South Africa’s first elections by universal suffrage, held in April 1994. Under the leadership of Clarence Makwetu (1990–96), the PAC (now a political party) obtained only slightly more than 1 percent of the vote, winning five seats in the country’s new National Assembly. The party was not able to improve its performance in subsequent elections and after the 2009 election had only one National Assembly seat. After Makwetu the party was led successively by Stanley Mogoba (1996–2003), Motsoko Pheko (2003–06), Letlapa Mphahlele (2006–13), and Alton Mphethi (2013– ). In 2013 two different factions in PAC emerged, both claiming the rights to the party’s name: one that continued to be led by Mphahlele and the other led by Mphethi. Mphethi’s faction was ultimately recognized by the Independent Electoral Commission for participation in the 2014 elections under the PAC name. The party won less than 1 percent of the national vote in 2014, garnering one National Assembly seat.

Timbuktu, one of the world’s first and oldest university