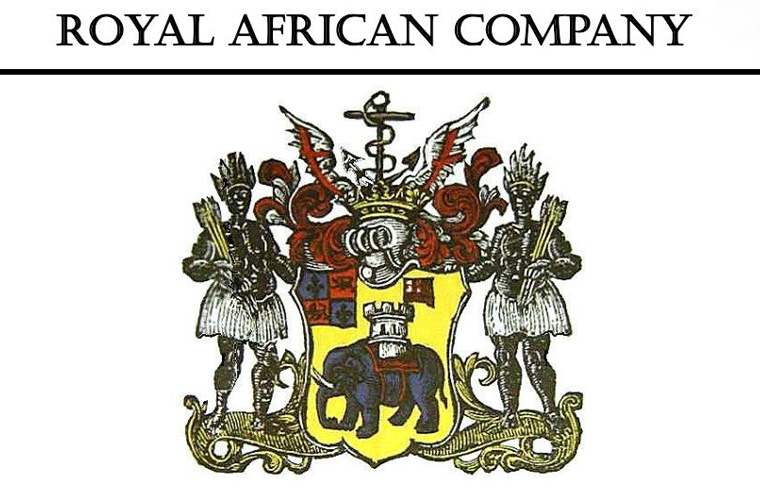 Let us start in West Africa for, after all, that was the land destined to be most affected by the development of commercial links with Europe. For thousands of years, some agricultural communities living on the southern fringes of the Sahara had supplemented their income by exploiting deposits of an easily accessible mineral highly prized by the merchants who visited them from across the desert – gold. The trade was dominated by Berber and Arab entrepreneurs. Stories of wealthy African rulers (similar to those of El Dorado) spread by trans-Saharan traders, amazed those in Europe:

It was the lure of gold that drew the Portuguese and later other merchants to open up direct maritime links with the people of what they called the ‘Gold Coast’ from the late 15th century onwards. They established trading posts at places like El Mina and Cape Coast Castle.

The impact of new markets opening up for their produce (gold, ivory, dyewoods, hides, and pepper) had complex results for the various chiefdoms; it drew competition, promoted war and it encouraged slave-raiding. These states had always been slave-based (though slaves traditionally had better lives and more rights than those who ended up in Muslim towns or Christian plantations) but now they discovered that prisoners of war were valuable ‘trade goods’. Some Europeans would pay for them with guns, which bolstered the power of the chiefs and so fuelled yet more inter-state war. Rulers also discovered that selling human beings to foreigners was a lucrative way of getting rid of criminals and other undesirables. What did not happen (until centuries later) was imperial expansion in West Africa. The local rulers remained in control of inter-continental commerce and European agents had no power beyond their trading posts. One reason for this was the prevalence of diseases to which the visitors were prone, and as a result, the Guinea Coast was known as the ‘white man’s graveyard’.

Apart from three slaving voyages led by John Hawkins in the 1560s, the English showed little interest in West Africa. Slaving was resumed by the Guinea Company (founded in 1618) after about 1640 to provide cheap labor for the new Barbados sugar plantations, but this venture always struggled and its assets were acquired in 1657 by the East India Company, which had little interest in the Gold Coast. There were two disincentives to trade in this area – piracy and the Dutch. As well as major commercial concerns backed by groups of merchants having written constitutions, the Atlantic was open to private traders from various nations. These shipmasters were not noted for recognizing any ‘rules of the sea’. Profit was their only concern and they did not hesitate to attack coastal depots, engage in African wars, capture prizes at sea or remove cargo from seized vessels before setting them on fire.
By 1650, the Dutch had come to dominate Atlantic and the North Sea trade. They had the biggest mercantile fleet of any European power and the Dutch West India Company established several trading posts on the Gold Coast and, further east, the Slave Coast. Mercantile competition led to the First Anglo-Dutch War (1652-54), which was fought entirely at sea, was immensely costly in lives and ships and resolved nothing. The situation was still in a state of turbulence in 1660 when the English monarchy was restored by Charles II. Within months, it was decided to put trade with West Africa on a surer footing by forming a chartered company.

Part of the impetus for this initiative came from two swashbuckling royalist adventurers during the British Civil War, Prince Rupert of the Rhine and Sir Robert Holmes. The former was a cousin of Charles II, the latter came from an Anglo-Irish family. Both were mercenaries who thrived on military action. During their colorful military and naval careers they had served as royalist captains, seeking to bolster the funds of the king in exile by privateering raids. During a voyage to the Gambia, Rupert had become enthralled by stories of the gold-rich kings of the interior and he used his influence with James, Duke of York, Charles’s brother and future James II of England, to establish a company with the power and resources necessary to drive out the Dutch and establish favorable trading relations with the local rulers. Holmes was despatched with a naval expedition to clear the way for the company. When he arrived at Gorée, close to Cape Verde, he calmly informed the Dutch governor that the entire coast from there to the Cape of Good Hope was the preserve of the King of England. He then proceeded to establish his own posts on the Gambia and make trade connections. His return, ostentatiously flashing his wealth (much to the disgust of Samuel Pepys, who took objection to his ‘gold-laced suit’), gave the green light to merchants eager to participate in the new company. Thus in 1660, the Company Of Royal Adventurers Of England Trading Into Africa came into being. Its principal sponsors were Prince Rupert and James, Duke of York, who soon became the governor.

Three years later, a fresh charter was issued further defining the RAC’s (Royal African Company) remit. The new concern was a joint stock company – i.e. investors purchased shares and enjoyed returns based on the value of those shares, which was established by the profits of each trading expedition. Several courtiers and merchants invested in the Royal African Company, which possessed three main attractions: it had the king’s backing (Charles was a major shareholder); the company’s ships and trading posts enjoyed the protection of the royal navy, and the stories of ‘mountains’ of Guinea gold promised spectacular returns.

The acquisition of gold was the company’s principal concern and, in 1665, £200,000 of its annual revenue came from the precious metal. By contrast, £100,000 was derived from trade in ivory, hides, dyewoods, and pepper. However, the 1663 charter added slaves to the company’s list of commodities, thus, as well as taking over the forts on the Gold Coast, the RAC extended its interests eastwards to the Slave Coast. There were both supply and demand reasons for this development. On the one hand, the rulers of expanding African states had an ongoing supply of war captives to dispose of. On the other, the West Indian plantations, and particularly Barbados, had an insatiable need for workers. In 1665, a quarter of the company’s income (about £100,000) came from the slave trade but this proportion gradually increased. By 1690, the RAC was the main supplier of slaves to the New World, while Dutch merchants had the largest share of the gold trade.

Trade rivalry with the Dutch was both a cause and a result of the Second Anglo-Dutch War (1665-67). Despite the king’s reluctance, the Duke of York and his friends, frustrated by Dutch competition, were eager to gain a monopoly for the English company. At the end of 1663, a naval expedition was sent to West Africa led by none other than Sir Robert Holmes. He has been accused of starting the war and, though hostilities would have broken out anyway, he certainly threw petrol on the flames. He rampaged along the coast from the Gambia to the Volta estuaries, sinking some ships, taking others as prizes and capturing trading posts.

The Second Anglo-Dutch War was a total disaster for England, made worse by the plague visitation of 1665 and the Great Fire of London the following year. Most of the fighting took place in the North Sea, where a series of bruising naval battles proved immensely costly in ships and men to both sides, but culminated in a humiliating Dutch raid on the naval base at Chatham in June 1667. In the Caribbean, France joined with Holland in wresting prosperous tropical colonies from English control and, though the Dutch ceded New York to the English, at the time this was not regarded as an important concession.

Meanwhile, in West Africa, Holmes’s audacious attack was revenged in spades. Admiral Michiel de Ruyter recaptured all the lost trading posts with the exception of Cape Coast Castle (which now became the Royal African Company’s headquarters). The losses and the disruption of its mercantile activities bankrupted the company which, to all intents and purposes, ceased trading after 1665. The RAC maintained its technical rights but could only protect them by granting licenses to private traders. In 1669, it relinquished its interest in the Gambia to a newly formed Company of Gambia Adventurers. By this time, the steady development of plantation agriculture in the West Indies had made the slave trade the most lucrative form of commercial activity. Ships from many nations jostled with each other for a slice of the action. The principal countries involved were England, Holland, France, Denmark, Sweden, and Brandenburg. By the end of the century, on the Gold Coast alone there were 100 or so foreign depots within a 400-kilometer stretch of coast.

By 1672, the Royal African Company had sufficiently recovered to resume its place as a major commercial entity in the region. Recapitalized and with merchants, rather than courtiers taking up most of the stock, the RAC entered into a contract to supply 5,600 slaves per year to the Caribbean mainland and island plantations, and to Virginia.

However, the company’s troubles were far from over and they were numerous. The very nature of the trade created problems. Slaves were a fragile cargo, and in the appallingly cramped and unsanitary shipboard conditions in which they were transported across the world, many got sick and died. At journey’s end, captains found themselves dealing in a buyers’ market. Plantation owners haggled over prices and were often slow in paying up, knowing that the traders could do nothing else with unused goods. Back on the African coast, vigorous, sometimes violent, the competition was an irritant. A swarm of private vessels visited the coast, trading directly with the African suppliers or even striking deals with the company’s own local agents. By increasing the supply to the plantations, these interlopers frequently spoiled the market. In the rough and tumble of maritime commerce, company ships were often beset by foreign privateers.

To add to these problems, the 1680s brought revolution and war. In 1685, James, Duke of York, succeeded his brother as king. His attempt to reintroduce Catholicism as the state religion provoked the ‘Glorious Revolution’, which saw his daughter, Mary and her Dutch husband, William of Orange, eventually placed on the throne. Independent merchants claimed that the company’s royal charter was no longer valid and that they should have free access to the West African market. While this argument was going on, England went to war again, this time with France (1689-1697). During the hostilities, a quarter of the RAC’s ships were captured by the French. The company also continued to suffer at the hands of the Dutch who, in this fresh conflict, were ostensibly England’s allies.

The position of the RAC as a monopoly concern under royal charter was no longer viable. In 1698, the protection of its charter was removed and free trade was established for all English merchants. Private merchants rushed to share in the transatlantic trade and, by 1708, they were shipping four times as many slaves as the company. By 1730 the Royal African Company had ceased trading altogether and it existed only to maintain west coast depots for the benefit of English merchants.

As for the iniquitous slave trade, it outlived the Royal African Company by 77 years.