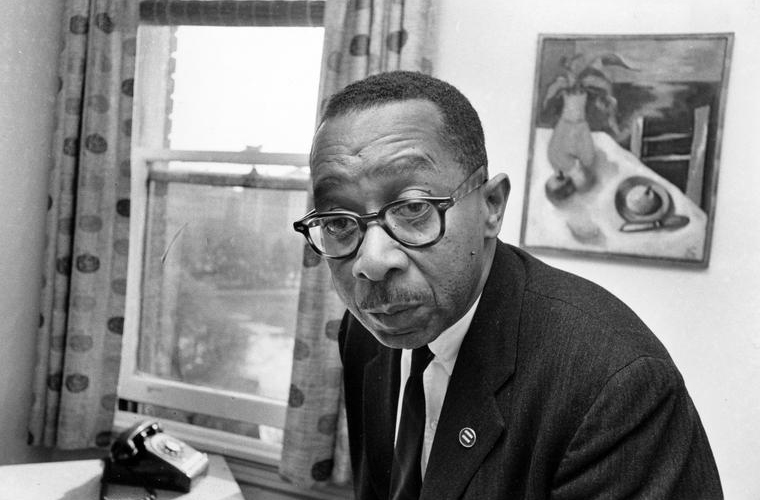 Kenneth Bancroft Clark grew up with his mother in Harlem, where his childhood heroes included poet Countee Cullen, who taught at his junior high school, and book collector Arthur Schomburg, who served as a curator at the 135th Street Branch of the New York Public Library. After attending integrated elementary and junior high schools, Clark graduated from New York’s George Washington High School in 1931. Clark was well-known as an undergraduate at Howard University, where he led demonstrations against segregation in Washington, D.C. While at Howard, he met Mamie Phipps, who became his wife and closest intellectual collaborator. The Clarks then went to Columbia University to study psychology, and, in 1940, Kenneth Clark became the recipient of Columbia’s first Black psychology Ph.D. Clark joined the faculty of City College in the early 1950s. He frequently served as an expert witness for the NAACP in its legal struggles against segregation.

His greatest fame, however, came because of his research on the self-image of Black children. Clark studied the responses of more than 200 Black children who were given a choice of white or brown dolls. From his findings that the children showed a preference for the white dolls from as early as three years old, Clark concluded that segregation was psychologically damaging. This conclusion played a pivotal role in Brown v. Board of Education, the Supreme Court case that outlawed segregated education.

He was at the forefront of articulating societal racism’s intersectionality with self-esteem through psychology. Although Clark fought for racial integration, his book “Dark Ghetto: Dilemmas of Social Power” (1965) was popular among Black Nationalists because it compared the situation of Black citizens to that of colonized people. Clark’s other writings include “Prejudice and Your Child” (1953), “Crisis in Urban Education” (1971), and “The Negro American” (1966), which he co-edited with Talcott Parsons. His televised interviews with James Baldwin, Malcolm X, and Martin Luther King, Jr., were published in a book entitled “The Negro Protest” in 1963.

In addition to his activities as a scholar, Clark was involved with a variety of community development programs and served as an adviser to local and national policymakers. In 1946, he and his wife founded the North Side Child Development Center in Harlem to serve the needs of emotionally disturbed children. In 1962, Clark also played a key role in the founding of Harlem Youth Opportunities Unlimited, a program that influenced President Lyndon Johnson’s War on Poverty program.

As the only Black member of the New York Board of Regents, he continued his fight against segregated education. Clark’s work for civil rights earned him the NAACP’s Spingarn Medal in 1961. For his contribution to psychology, Clark was elected president of the American Psychological Association, receiving their Gold Medal Award.

He was an advocate of family consumer service through his work who built a consulting firm concentrating on his racial policies. Dr. Kenneth B. Clark died on May 1, 2005.