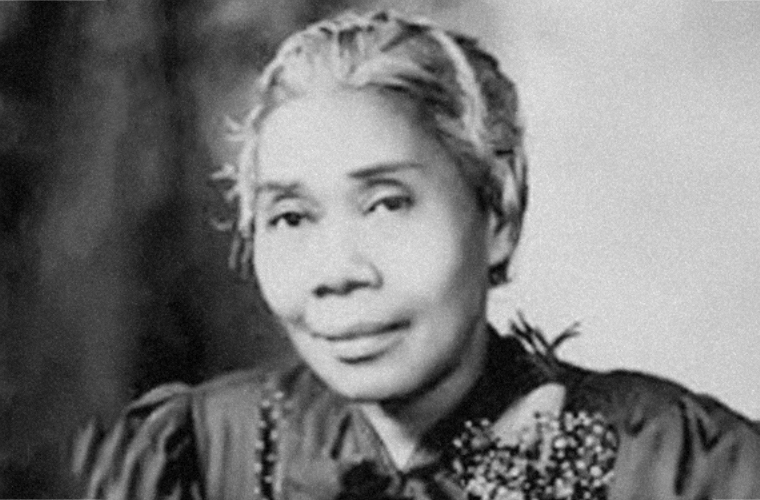 Fannie C. Williams was born March 23, 1882, in Biloxi, Mississippi. She moved to New Orleans to attend high school and finished both the College Preparatory and Normal Departments of Straight College (now Dillard University) in 1904. In 1920, she received two baccalaureate degrees from Michigan State Normal College at Ypsilanti (now Eastern Michigan University) in Pedagogy and a Master of Arts degree from Michigan University at Ann Arbor in 1938. Later, she pursued further study at Ohio State and Columbia Universities.

She taught for four years in Gulfport and Pass Christian, Mississippi (1904-1908) and one year of teaching in Albion, Michigan. The rest of her long teaching career took place in New Orleans Public Schools. She was an elementary teacher from 1908-1917 at Fisk Elementary. She was assigned as the acting principal of Marigny School in October of 1919 and resigned that position a few months later at the end of the Christmas holidays. After returning from Michigan in 1921, she was appointed principal of Valena C. Jones Elementary School (then called the Miro School), where she guided staff and students for more than three decades (1921-1954). She retired in 1954. During this era, she also guided the efforts of future teachers as principal of the Valena C. Jones Normal School, which certified Negro teachers for the New Orleans Public Schools, beginning in 1870. This type of certification was discontinued when the State required a four-year college degree. Both the Elementary and Normal schools were housed in the same building at 1901 N. Galvez Street in downtown New Orleans. This was no small accomplishment, for Valena C. Jones School was always one of the city’s largest schools. In the late 1930s, there were 2800 students in attendance, with more than 50 teachers on staff. Miss Williams earned $225 per year to supervise the elementary and normal schools.

Miss Williams was responsible for beginning many services that are commonplace in today’s schools. At Valena C. Jones School, she started a health program that culminated with Child Health Day on May 1st of each school year. As early as 1929, Jones School in the city’s 7th Ward had dentists, nurses, and doctors provide services for hundreds of pupils free of charge. In the early years of the Depression, she opened a nursery school and kindergarten classes at Jones School before they were provided at other Negro schools in the city. A Parents Study Group with the aid of Family Service Experts brought in to test pupils in the early 1940s–long before New Orleans Public Schools initiated its program anywhere else in the city. Students were treated to field trips that include Tuskegee Institute (now Tuskegee University), Baton Rouge (to visit the state capital), Audubon Park, and the Mississippi Gulf Coast. With the help of others, Miss Williams was instrumental in getting African-American girls in New Orleans into Scouting and Troup 99 of Jones School was the first African-American troop in the city. Distinguished visitors to the city always found their way to the 7th Ward school (e.g., Eleanor Roosevelt and Mary McLeod Bethune).

She encouraged professional growth in her staff. Those with the only certification went off to work toward their degrees, with many completing advanced degrees. Teachers, who had worked under guidance, became principals in New Orleans Public Schools, supervisors, consultants, and school librarians.

During her 33 years at Jones School, Miss Williams taught teachers during summers at Tuskegee Institute, Southern University (Baton Rouge), Alabama State College, West Virginia Institute and Alcorn A & M (Mississippi). She was always in demand as a consultant.

Her influence extended beyond the Orleans Parish School System. Miss Williams participated in three White House Conferences. President Herbert Hoover sought her input on the Conference on Child Health and Protection. President Franklin Roosevelt solicited her assistance on his conference on Housing. The Mid-Century Conference initiated by President Harry S. Truman had Miss Fannie C. Williams in attendance. She served on numerous boards–she was a trustee of Straight College and later Dillard University (1936-1960), a representative of the American Missionary Association, and was president of the National Association of Teachers in Colored Schools (later the American Teachers Association until it merged with the National Education Association).

She was an organizer, charter member, and first president of the Board of Management of the Negro Branch of the New Orleans YMCA. She also found time to be on the boards of the New Orleans Neighborhood Center, Family Service Society, Girls Scouts, American Red Cross, Community Chest, Home Child Development Center, and Flint-Goodridge Hospital. She was on the advisory committee for the Department of Public Welfare. Fannie C. Williams was a member of Alpha Kappa Alpha Sorority and a 50-year member of Central Congregational Church of the United Church of Christ, serving for many years as the superintendent of the church school and a deaconess. Fannie C. Williams was a life member of the National Education Association for the Study of Education, the YMCA, and the National Retired Teachers Association (NRTA).

At age 96 it was known that she still lived alone in a comfortable home on Touro Street. Many friends assisted her daily activities because of her frail body. But her mind remained alert and sharp. She read daily–newspapers and magazines–keeping her aware of the happenings of her local community and the world around her. She died in 1980 at the age of 98. Between 1987 and 1989, a 120,000 square foot facility was built on Dwyer Road at Bullard. It was named in her honor. It is on this site that the new Fannie C. Williams School is being constructed with funds from FEMA. The new school will be completed in time for the 2012-2013 school year.