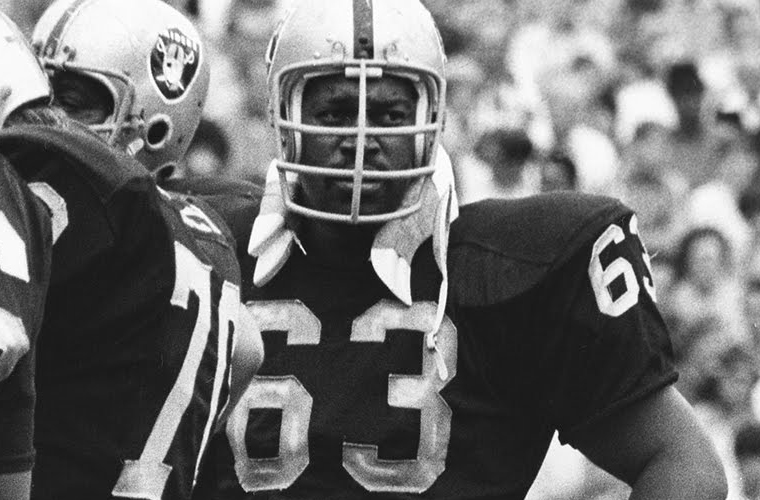 Upshaw played only one year of high school football, but he earned an athletic scholarship to Texas College of Arts and Industries (now Texas A&M University–Kingsville) after an impressive tryout for the football team. Following a successful collegiate career, he was chosen by the Raiders in the first round of the 1967 NFL draft. In Oakland, Upshaw formed a dominant left side of the Raiders’ offensive line with tackle (and fellow Hall of Fame member) Art Shell, and he was a member of two Super Bowl-winning squads (1977, 1981) and was a seven-time Pro Bowl selection (1968, 1972–77).

After serving as the Raiders’ player representative to the NFLPA, Upshaw was named the president of the union in 1980. He retired from the Raiders after the 1981 season, and two years later he became the first African American head of a major players’ union when he took over as executive director of the NFLPA. In his new role, Upshaw oversaw a short-lived and ultimately unsuccessful players’ strike in 1987, and he figured prominently in the negotiations that brought full free agency—the ability of a player to freely sign with any team when his contract expires—to the NFL in 1993; free agency became a key feature of the league at the turn of the 21st century. In 1994 he helped launch National Football League Players, Inc., an association that greatly increased the marketing and licensing power of NFL players. Upshaw was inducted into the Pro Football Hall of Fame in 1987.