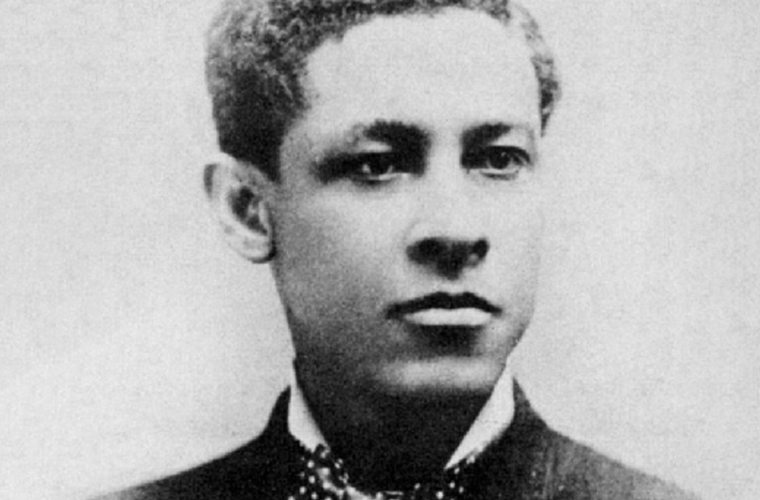 Jan Matzeliger was born in Paramaribo (now Suriname) in 1852. Matzeliger settled in the United States in 1873 and trained as a shoemaker. In 1883, he patented a shoe lasting machine that increased the availability of shoes and decreased the price of footwear. He died of tuberculosis on August 24, 1889.

Jan Ernst Matzeliger was born on September 15, 1852, in Paramaribo, Suriname—known at the time as Dutch Guiana. Matzeliger’s father was a Dutch engineer, and his mother was Surinamese. Showing mechanical aptitude at a young age, Matzeliger began working in machine shops supervised by his father at the age of 10. At 19, he left Suriname to see the world as a sailor on an East Indian merchant ship. In 1873, he settled in Philadelphia.

After settling in the United States, Matzeliger worked for several years to learn English. As a dark-skinned man, his professional options were limited, and he struggled to make a living in Philadelphia. In 1877, Matzeliger moved to Lynn, Massachusetts, to seek work in the town’s rapidly growing shoe industry. He found a position as an apprentice in a shoe factory. Matzeliger learned the cordwaining trade, which involved crafting shoes almost entirely by hand.

Cordwainers made molds of customers’ feet, called “lasts,” with wood or stone. The shoes were then sized and shaped according to the molds. The process of shaping and attaching the body of the shoe to its sole was done entirely by hand with “hand lasters.” This was considered the most difficult and time-consuming stage of assembly. Since the final step in the process was mechanized, the lack of mechanization of the penultimate stage, the lasting, created a significant bottleneck.

Matzeliger set out to find a solution to the problems he discerned in the shoemaking process. He thought there had to be a way to develop an automatic method for lasting shoes. He began coming up with designs for machines that could do the job. After experimenting with several models, he applied for a patent on a “lasting machine.”

On March 20, 1883, Matzeliger received patent number 274,207 for his machine. The mechanism held a shoe on a last, pulled the leather down around the heel, set and drove in the nails, and then discharged the completed shoe. It had the capacity to produce 700 pairs of shoes a day—more than 10 times the amount typically produced by human hands.

Matzeliger’s lasting machine was an immediate success. In 1889, the Consolidated Lasting Machine Company was formed to manufacture the devices, with Matzelinger receiving a large amount of stock in the organization. After Matzeliger’s death, the United Shoe Machinery Company acquired his patent.

Matzeliger’s shoe lasting machine increased shoe production tremendously. The result was the employment of more unskilled workers and the proliferation of low-cost, high-quality footwear for people around the world. Unfortunately, Matzeliger was able to enjoy his success for only a short time. He contracted tuberculosis in 1886 and died on August 24, 1889, at the age of 37, in Lynn. In 1991, the United States government issued a “Black Heritage” postage stamp in Matzeliger’s honor.