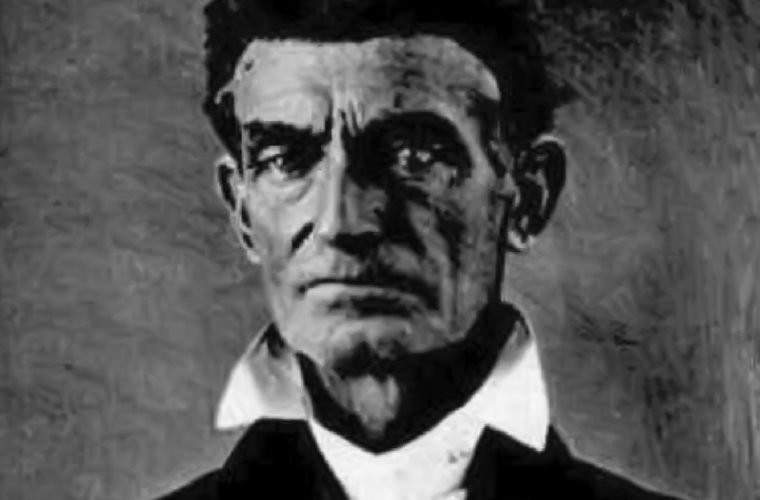 A native of Connecticut, John Brown struggled to support his large family and moved restlessly from state to state throughout his life, becoming a passionate opponent of slavery along the way. After assisting in the Underground Railroad out of Missouri and engaging in the bloody struggle between pro– and anti-slavery forces in Kansas in the 1850s, Brown grew anxious to strike a more extreme blow for the cause. On the night of October 16, 1859, he led a small band of fewer than 50 men in a raid against the federal arsenal at Harper’s Ferry, Virginia. Their aim was to capture enough ammunition to lead a large operation against Virginia’s slaveholders. Brown’s men, including several blacks, captured and held the arsenal until federal and state governments sent troops and were able to overpower them.

John Brown was hanged on December 2, 1859; his trial riveted the nation, and he emerged as an eloquent voice against the injustice of slavery and a martyr to the abolitionist cause. Just as Brown’s courage turned thousands of previously indifferent northerners against slavery, his violent actions convinced slave owners in the South beyond doubt that abolitionists would go to any lengths to destroy the —peculiar institution.” Rumors spread of other planned insurrections, and the South reverted to a semi-war status. Only the election of the anti-slavery Republican Abraham Lincoln as president in 1860 remained before the southern states would begin severing ties with the Union, sparking the bloodiest conflict in American history.