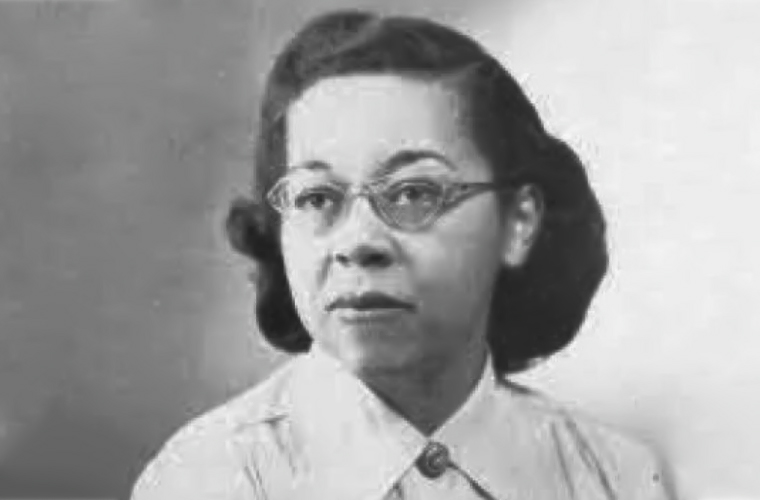 Mary Logan Reddick was a neuroembryologist and the first female biology instructor at Morehouse College. Reddick was born on December 31, 1914, in Atlanta, Georgia. She graduated from Laboratory High School when she was fourteen and then entered Spelman College in 1929, at the age of fifteen, majoring in Biology. She worked as a laboratory assistant during her tenure, and began her embryogenesis studies, later graduating with a Bachelor of Science in 1935. Reddick received a Rockefeller Foundation General Education Board Fellowship in 1937 and earned a Master’s of Science degree from Atlanta University. Her thesis focused on the embryo chick blastoderm which helped understand human fetus development.

Reddick began teaching Biology at Spelman in 1937, the same year she received her Master’s degree. She was twenty years old, and one of the youngest instructors at the school. In 1939, she became the first female biology instructor at nearby Morehouse College. The college would not grant her a position as an assistant professor without further educational credentials. Her scientific research led her to be awarded a second Rockefeller Education Fellowship from Radcliffe College (now a part of Harvard University). For two years, Reddick studied techniques for transplanting tissues and nerve cell differentiation in chick embryos. Her goal in her experiments was to understand how much of the specific area of the brain was already determined and how much was dependent on interactions with surrounding tissues.

Reddick earned her second Master’s Degree in Biology in 1943 and her Ph.D. in 1944 from Radcliffe College (Harvard University). Her doctoral dissertation, “The differentiation of embryonic chick medulla in chorioallantoic grafts,” studied the neurodevelopment of a chick’s brain cells. Reddick was elected to the Sigma Xi and Phi Beta Kappa honor societies and was just the 10th member of the Morehouse faculty to earn her doctorate. Dr. Reddick returned to Morehouse College to teach and became the first woman to Chair the Biology Department and to be promoted to full Professor. She remained with the college until 1951.

In 1952 Dr. Reddick became the first African American woman to receive a Ford Foundation science fellowship to study abroad. She went to Cambridge University in Great Britain and studied embryology at the University’s School of Anatomy. When she returned to the U.S. In 1953, Dr. Reddick was offered a faculty position at Atlanta University as a Biology Professor and Chair of the Biology Department. For the next decade, Dr. Reddick supervised the research for many students, including esteemed Biologist Luther Williams, a future Provost at Tuskegee University and president of Atlanta University. She was also awarded research grants from the National Science Foundation. Dr. Reddick’s research was published in numerous scientific journals including The Anatomical Record and The Journal of Comparative Neurology. Dr. Reddick, who never married, held the position of Professor of Biology at Atlanta University until her death in 1966 at the age of 51.