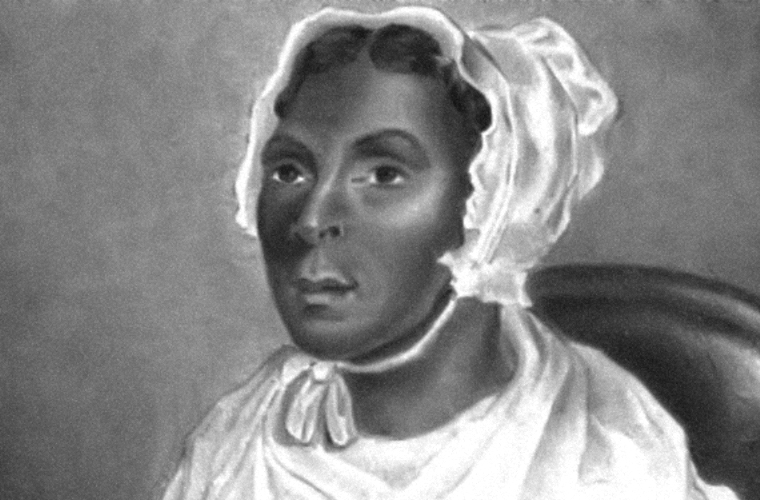 Minister Jarena Lee was the first authorized female preacher in the African Methodist Episcopal (A.M.E.) Church. Lee, whose family or maiden name is unknown, was born to a poor but free black family on February 11, 1783, in Cape May, New Jersey. In 1790 at the age of seven, Lee was sent to work as a live-in servant for a white family named Sharp.

Lee moved to Philadelphia, Pennsylvania as a teenager and continued to work as a domestic servant. One afternoon, Lee attended a worship service at Bethel Church where Bishop Richard Allen, founder of the A.M.E. Church, was scheduled to preach. After hearing the powerful sermon delivered by Allen, Lee became filled with the Holy Spirit and converted to Christianity.

In 1807 Lee heard the voice of God commissioning her to preach the Gospel. She was initially reluctant to pursue ministry, given the male-dominated nature of the church. However, she decided to confide in Bishop Allen and revealed to him her call to preach. Allen told Lee that he could not grant her permission to preach because he was required to uphold the A.M.E. Church’s ban against female ministers.

In 1811 Lee married Pastor Joseph Lee, and the couple had two children. After seven years of marriage, Lee’s husband died. During the course of her marriage and after her husband’s death, her desire to proclaim the word of God grew even stronger. This caused Lee to renew her advocacy for women in ministry.

In 1819 during a worship service at Bethel Church, a guest preacher began struggling with his message and abruptly stopped preaching. As he stared into the congregation at a loss for words, Lee sprang to her feet and began preaching, picking up where the minister had left off. After Lee’s sermon, she was afraid that Bishop Allen would punish her for preaching without permission. On the contrary, Allen was so impressed by Lee that he officially gave her authorization to preach the Gospel. Allen asserted that God had called Lee to proclaim the Gospel of Jesus Christ. Shortly thereafter, Lee began to travel to various cities for preaching engagements and was highly praised for her powerful sermons.

In addition to her work in ministry, Lee was also heavily involved in the abolitionist movement and joined the American Antislavery Society in 1839. To share her experiences in ministry, Lee decided to pen her autobiography titled The Life and Religious Experience of Jarena Lee. She completed her autobiography in expanded form in 1849. The exact date and circumstances of Minister Lee’s death are unknown. However, the records of Mount Pisgah AME Church Cemetery where she is buried indicate that she died in 1855. Other sources list her death in 1857.