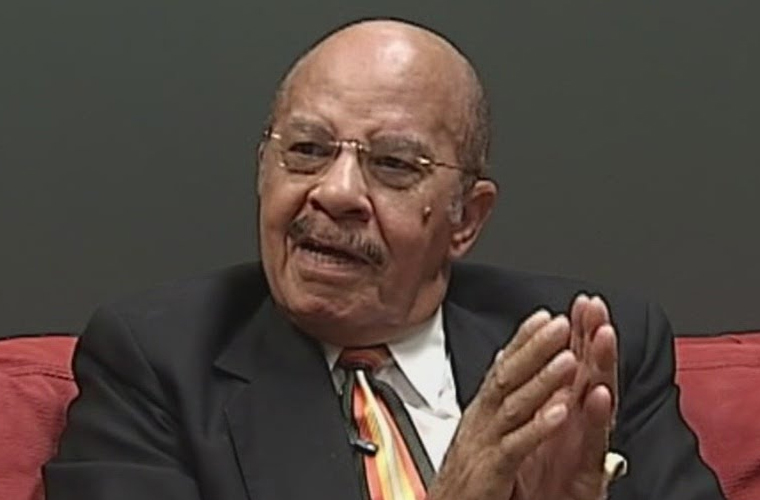 Richard Arrington, the first African American mayor of Birmingham, Alabama, was born in Livingston, Alabama on October 19, 1934, to sharecroppers.  He received a Bachelor’s degree from Miles College (Alabama), an M.A. in Biology from the University of Detroit in Michigan, and a Ph.D. in Zoology and Biochemistry from the University of Oklahoma.

Before becoming mayor of Birmingham in 1979, Arrington taught at his alma mater, Miles College, the University of Alabama, and the University of Oklahoma.  He also served for nine years as the Executive Director of the Alabama Center of Higher Education, a consortium of eight black colleges in the state of Alabama. From 1971 to 1979, he was a member of Birmingham’s city council.

Arrington, who served five terms as mayor, was re-elected by large margins in 1983, 1987, and 1991.  His reelection in 1995 was hotly contested. During his tenure, he led the city through a period of “tremendous growth and resurgence.” Twenty commercial areas were revitalized at a cost of more than $300 million; $500 million was invested in public infrastructure improvements; the Civic Center was expanded at a cost of $140 million, and a $15 million Civil Rights Institute and Museum was constructed.  Under his “Birmingham Plan,” begun in 1989, a voluntary program involving business and government, was established to help people of color share in Birmingham’s economic growth.  As a result, blacks and other people of color won participation in construction contracts (more than 30% each year), minority professionals were recruited and retained, and a special $38 million home mortgage pool was established for low and moderate-income families.

More than anything else, Arrington’s election and tenure as mayor was a testimony to the emergence of “the New Birmingham”—a city which shed much of its history of racial animosity and violence and demonstrated a new image and spirit based on shared power and biracial cooperation.  In 1989 and 1993, the U.S. Conference of Mayors called Birmingham one of the nation’s “most livable cities.”

Among Arrington’s awards and honors are the National Urban Coalition’s “Most Distinguished Mayor” for 1988, the National Alliance Against Racist and Political Repression’s Human Rights Award for 1991, and the Alpha Phi Alpha Fraternity’s Thurgood Marshall Award, among others.

Richard Arrington retired as mayor of Birmingham in July 1999 to become a Visiting Professor of Public Service at the University of Alabama Birmingham Center for Urban Affairs. He was the city’s only five-term mayor.