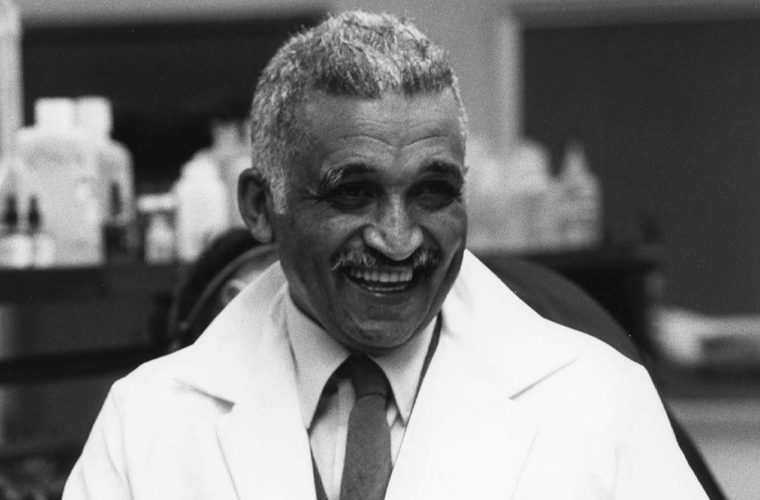 Organic Chemist Samuel Massie was born in Little Rock, Arkansas, on July 3, 1919; his mother, a teacher, and his father, a minister, instilled in him a love of education. By the age of thirteen, Massie had graduated from high school. Because he was denied admittance to the University of Arkansas because of his race, Massie went on to attend Agricultural Mechanical Normal College of Arkansas. He then attended Fisk University before being accepted to Iowa State University, where he received his Ph.D. in organic chemistry.

Massie attended Iowa State University at the height of World War II; during this time, he was summoned before the draft board. Massie was allowed to return to school, but he was assigned to the Manhattan Project, the program that created the first atomic bomb. After completing his Ph.D., Massie returned to Fisk University to teach; it was here that he met his future wife, Gloria. Over the years, Massie held positions at Langston University, Howard University, and the National Science Foundation. In 1963, Massie was named president of the University of North Carolina Central.

In 1966, Massie became the first African American professor at the U.S. Naval Academy; he then served as chair of the chemistry department from 1977 to 1981. In 1994, Massie retired from the Naval Academy, though he retained the title professor emeritus.

Massie was awarded an NAACP Freedom Fund Award; a White House Initiative Lifetime Achievement Award; and was named one of the seventy-five outstanding scientists in the country by Chemical and Engineering News Magazine. Massie was also involved with the Smithsonian Institute and spent more than two decades on the Maryland State Board for Community Colleges.

Samuel Massie passed away on April 10, 2005, three months after the passing of his wife, Gloria.

The Kingdom of the Afro Bolivians