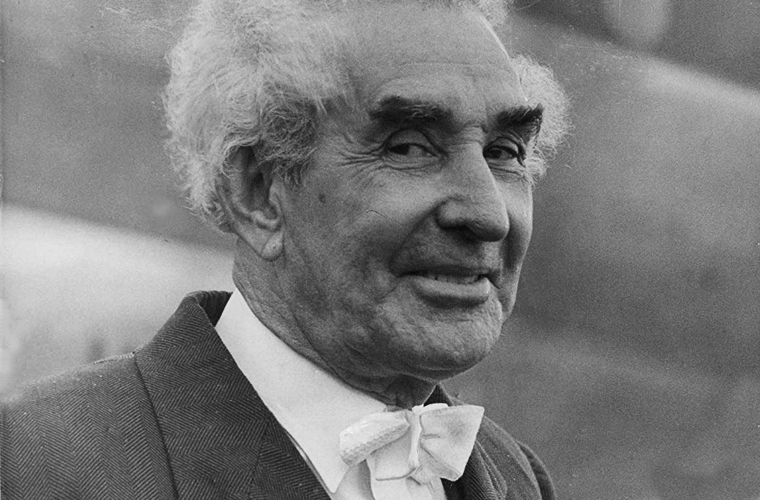 William Alexander Bustamante (1884-1977) was a Jamaican labor leader who became Jamaica’s first chief minister under limited self-government and the first prime minister after independence in 1962.

William Alexander Bustamante, perhaps Jamaica’s most flamboyant and charismatic politician, was born William Alexander Clarke on February 24, 1884. His father, Robert Constantine Clarke, a member of the declining white plantocracy, was the overseer of a small, mixed-crop plantation called Blenheim, in the parish of Hanover on the then-isolated northwestern coast of the island. By virtue of the second marriage of Elsie Hunter, his paternal grandmother, to Alexander Shearer, he became distantly related to both Norman Washington Manley and Michael Manley, as well as to Hugh Shearer— all of whom were to be chief ministers or prime ministers of Jamaica. His mother, Mary Wilson, descended from the sturdy, independent Black peasantry of rural Hanover.

Bustamante is the surname which he formally adopted in September 1944, although he had been using that name regularly since the 1920s. Bustamante’s own apocryphal explanation of the name is that it derives from the Spanish mariner who adopted him at the age of five, taking him to Spain where he was sent to school and where he saw active military service. However, Bustamante did not leave Jamaica until 1905, when he was 21 years old—and he left as part of the early Jamaican migration to Cuba, where employment opportunities were expanding in the sugar industry.

Of Bustamante’s early life little is known. He attended elementary school in rural Hanover, once even in his mother’s native village of Dalmally. Those few who recall his youth remember him as a fine horseman, who even as a teenager owned his personal horse and raced regularly with his numerous male cousins and others. He was restless, extremely extroverted and gregarious. Although intelligent, he had little formal education beyond the elementary level in Jamaica and resisted the apprenticeship which would have led him to succeed his father as an overseer of the Jamaican landed interests.

Between 1905 and 1934 Bustamante lived outside of Jamaica, returning to his homeland for only brief visits. Most of this time was spent in Cuba, where he eventually gained employment in the security police of Presidents Alfredo Zayas and Gerardo Machado in the 1920s. Earlier he had spent nearly ten years in Panama (probably between 1908 and 1919) working as a traffic inspector. There he met Mildred Edith Blanck, the widow of an English consulting engineer, whom he married in the Kingston Parish Church on December 12, 1910, while on one of his short visits to the island.

The Jamaica to which Bustamante returned in 1934 was a cauldron of social and economic discontent. The decline of the old colonial system, hastened by the enormous difficulties which Great Britain had encountered during World War I and during the Great Depression, had saddled Jamaica with a type of politics and a bureaucracy which could not respond to the many problems which the island encountered. Wages and working conditions had declined steadily, and the government had consistently refused to provide relief. Workers were being organized and militantly politicized not only by the race and color conscious supporters of Marcus Garvey but also by the articulate socialist-oriented committees of Norman Manley, Frank Hill, Ken Hill, Arthur Henry, Richard Hart, Allan Coombs, Wills O. Isaacs, and Noel Nethersole. To this situation, Bustamante brought great charisma, an attractive, empathetic eloquence spiced with rapier-like humor, carnival-like flair, boundless enthusiasm, energy, and unflagging support for the working classes and the underprivileged. Along with his famous half-cousin Norman Washington Manley he became the dominant political figure in Jamaica until his retirement in the late 1960s.

After his return to Jamaica, Bustamante established himself as a money-lender in modest offices on Duke Street, then the desired cachet for all business addresses in Kingston. He installed Gladys Longbridge as his private secretary, and she was to accompany him for the rest of his life as confidante, assistant, companion, and, finally, after September 6, 1962, his second wife. Bustamante described himself as a dietician and businessman with North American experience, but while he might have returned with some wealth to the island, his formal training and experience were mostly his own fantastic fabrication.

He began his political involvement by writing long, almost daily letters to the press, especially the venerable Daily Gleaner, the island’s leading newspaper—then more than a century in continuous publication—and its smaller rival, The Jamaica Standard. He wrote on many subjects, but most had to do with the conditions of the lower orders of the working classes and the political ineptness of the local administrators. Gradually he became involved in the protest marches and other demonstrations of the urban masses. He was interned briefly for this activity. The widespread labor disturbances of the years 1937 and 1938 provided the opportunity to establish himself as the foremost labor leader in the island. He combined the oratory of Marcus Garvey with the modified messianic spirit of the former millennialists Alexander Bedward and Solomon Hewitt, but he made a new movement his own instrument.

On January 23, 1939, he registered the Bustamante Industrial Trade Union over the opposition of the governor and others who declared that a union should not possess the name of an individual. Within four years the union represented more than 80 percent of all organized workers in Jamaica, mainly among the rural agricultural workers. The constitution of the union made Bustamante president for life, with unrestricted control of its finances.

Between September 8, 1939, and February 8, 1942, Bustamante was imprisoned by the governor of Jamaica, Sir Arthur Richards, under wartime emergency powers for incitement to riot for addressing a group of longshoremen on the Kingston waterfront. The internment made a political martyr of Bustamante and enhanced the position of his union among the masses. During Bustamante’s internment Norman Manley and his followers rebuilt and expanded the organization of the Bustamante Industrial Trade Union. The eventual release of Bustamante from prison derived from the unceasing efforts of Manley, who had earlier founded the People’s National Party as the political instrument for forging a new nationalism in Jamaica. And indeed, it was through the efforts of the People’s National Party, modeled after the British Labor Party, that Jamaica gained a new political status in 1944 with universal adult suffrage and an elected legislature with limited self-government.

Immediately after his release Bustamante broke with Manley, reorganized the union, and formally launched the Jamaica Labor Party on July 1943 to rival the People’s National Party and the Jamaica Democratic Party in the first general elections held in December 1944. The Jamaica Labor Party won 23 of the 32 seats in the House of Representatives, with 41 percent of the votes, and Bustamante became Jamaica’s first chief minister.

Along with being head of the government, Bustamante served as mayor of Kingston and Saint Andrew Corporation in 1947. His Jamaica Labor Party won re-election in the national elections of 1949 with a reduced parliamentary representation. More significantly, the party gained less popular votes than the opposition People’s National Party. Although Bustamante lost the general elections of 1955 and 1959, he remained leader of the opposition in the Jamaican Parliament until 1962. His was a prominent voice and effective presence in the political life of the country. He established the vital link between the trade union base and the political party and made this combination the most effective instrument of political operation in Jamaica.

Bustamante virtually single-handedly destroyed the West Indian Federation, established in 1958 to unify and order the political evolution of the English West Indian territories. His decision not to participate in the federation and to orchestrate the Jamaican opposition to it in a 1961 referendum led to the demise of the federation in 1962, the year in which Bustamante’s party, riding the crest of its successful campaign to withdraw Jamaica from the federation, won the general elections once more and made Bustamante the prime minister of independent Jamaica.

In 1967 he retired from politics, having reduced his participation during the previous three years because of failing health. The following year the Jamaican Parliament honored him by declaring him a national hero. He died on August 6, 1977, at the age of 93 and was buried in the shrine for prime ministers of Jamaica in the national park in Kingston.