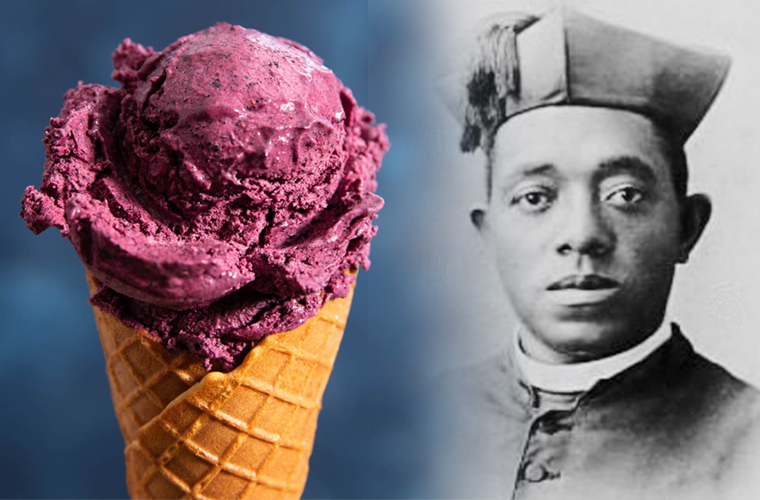 Augustus Jackson-Inventor Chef- Created Popular Ice Cream Recipes
African American, Augustus Jackson was a candy confectioner from Philadelphia who created several ice cream recipes and invented an improved method of manufacturing ice cream around 1832.
The origins of ice cream can be traced back to the 4th century B.C. and contrary to popular folklore Augustus Jackson did not invent ice cream itself, however, he was an accomplished businessman and helped to perfect the making of ice cream at that time.
In the late 1820s, Augustus left his job as a White House chef and moved to Philadelphia to set up a catering business, which proved to be quite successful. By 1832, he had developed a much more efficient and modern method for making ice cream, whose origins can be traced back to 400 BC, in Persia.
Augustus discovered that ice, mixed with salt, could lower and control the temperature of his special mix of ingredients, to make delicious ice cream. Those ingredients were, indeed, quite creatively mixed; and he invented several new flavors, which were very popular – especially amongst African-Americans, who liked sweet treats. Jackson created several popular ice cream flavors which he distributed packaged in tin cans to the ice cream parlors of Philadelphia. At that time, many African Americans owned ice cream parlors or were ice cream makers in the Philadelphia area. Augustus Jackson was the most successful and his ice cream flavors were well-loved.
The ice cream was sold to individuals and to ice cream parlors, in Philadelphia, at $1.00 per quart, which was quite a high price, in those days; but they quickly sold out each day. He soon became known as ‘The Father of Ice Cream’. While others tried to emulate his success, Augustus was able to enjoy a monopoly on his ice cream for several years because it was so delicious. He was able to enlarge his shop, which was on Goodwater Street (now known as St. James Street); and by the time he died, he had amassed a fortune, which he left to his daughter. She continued to run the business for several years and moved the shop to Walnut Street. However, she and other members of the Jackson family were not able to scale the business to meet the demand for the ice cream, and other confectioners and caterers, principally Negroes, began making it – eclipsing their popularity.
Augustus was a very elusive man. There do not appear to be any photos of him, his ice cream, his ice cream shop, or his daughter. He also unfortunately never applied for any patents for his ice cream making method, nor the lovely flavors, which he invented. However, there are definite records of his existence and his accomplishments. Because of Augustus, millions have experienced the delight of that first spoonful or lick dancing on their tongues, which almost always brings an involuntary smile.
Jackson was soon dubbed the “Father of Ice Cream,” and was sometimes incorrectly given credit for inventing ice cream. While that is not true, he did create a number of popular ice cream recipes. His business success helped him become one of the wealthiest African Americans in Philadelphia.