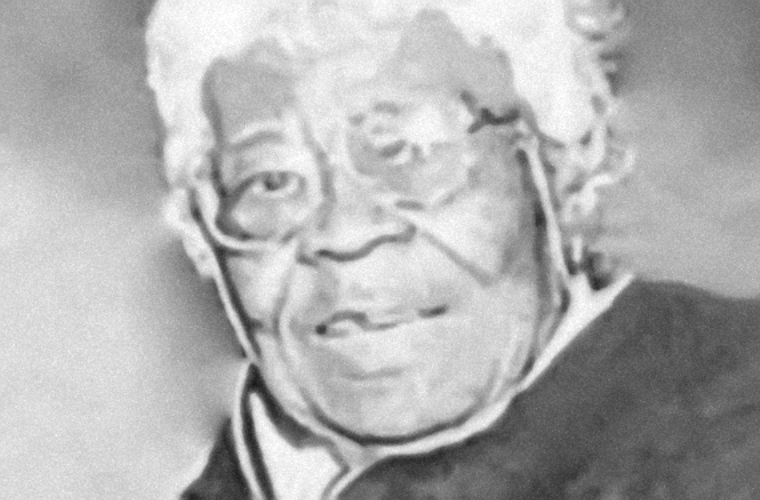 Bessie Virginia Blount, pioneer physical therapist, inventor, and scientist, was born in Hickory (today Chesapeake), Virginia, on November 24, 1914. In the sixth grade, she had to discontinue her elementary education, although she would later earn a GED after her family moved to New Jersey. She studied nursing at the Community Kennedy Memorial Hospital in Newark, while there developing a passion in the field of physical therapy, a profession not formalized and established until shortly after Blount’s birth.

Blount attended Panzer College of Physical Education (now Montclair State University) and Union County Junior College (Union County College) where she obtained certification in physical therapy. As one of the few African American physical therapists at the time, she blended interpretive dance, an avocation of hers, to enhance her patient’s treatments.

The World War II years witnessed thousands of American soldiers in need of physical therapy as they returned to the United States. Blount practiced at various veterans’ hospitals restoring physical function to wounded soldiers. Recognizing that much of the equipment in use at the time was inadequate, Blount found innovative ways to rehabilitate her patients. In particular, she helped arm amputees compensate by teaching them to use their feet. She also created a food receptacle equipped with an electrical motor that propelled food through a protruding tube. The tube was inserted into the patient’s mouth, and upon biting down on it, a small portion of food was pushed into his mouth. The apparatus allowed patients to eat independently and comfortably in an upright or level position. Blount received a patent on her “Portable Receptacle Support” on April 24, 1951, three years after filing a patent. That same year Blount married Thomas Griffin, and the couple would have one son, Philip.

In 1952 the French Government purchased the patent rights of the Portable Receptacle Support and put it to widespread use in military hospitals across the country and in some of its colonies. This ingenious apparatus positioned Blount as one of the earliest inventors in the burgeoning field of physical therapy.

Blount additionally invented a disposable cardboard emesis basin, a device still standard in Belgian hospitals today. In 1953, she was the first black woman to appear on the television program The Big Idea, which exposed her inventions to a popular audience.

In 1969, Blount began a second career in forensics as a chief examiner for police departments in Norfolk and Portsmouth, Virginia. She was the first American woman admitted as a student at the Document Division of the Metropolitan Police Forensic Science Laboratory in London, England (Scotland Yard) in 1977. She maintained a private practice as a consultant to law enforcement and law firms on legal strategy and procedure until 1983. Blount also enjoyed a brief stint in journalism; made breakthroughs in research in medical graphology; held high-ranking memberships in numerous respected organizations; and was an outspoken advocate of equal rights for the marginalized. She was bestowed several honors in her lifetime, including the New Jersey Joint Legislative Commendation.