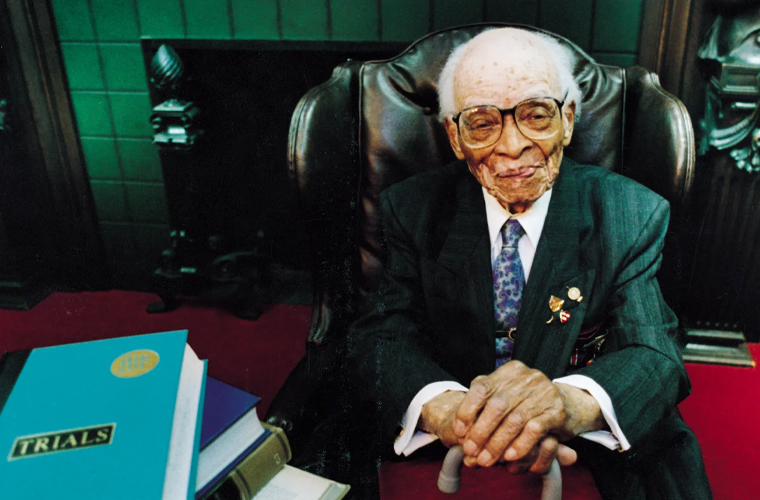 Dr. John Morton-Finney was an accomplished lawyer, civil rights activist, and academic who accumulated eleven degrees over the course of his life. Born in Kentucky on June 25, 1889, Morton-Finney was one of seven children. His father, a former slave, and his mother, a free woman, taught their children the value of education. Though Morton-Finney was only 14 when his mother passed away, he shared her love for education and aspired to serve his country.

Before he began his academic pursuits, Morton-Finney joined the 24th Infantry Regiment of the United States Army. Morton-Finney fought in the Philippines. After being honorably discharged from the army in 1914, he earned his first degree in 1916 from Lincoln College in Jefferson City, Missouri, where he also met and fell in love with Pauline Ray. The two married relocated to Indianapolis, Indiana, and together had one child, Gloria Ann Morton-Finney. To support his family, Morton-Finney taught at Crispus Attucks High School. Eventually, Morton-Finney assumed the role of dean of foreign languages at the high school and taught African American youth the importance of quality education for 47 years.

While working full-time, Morton-Finney continued his education. He successfully completed all of the degree requirements to receive his Ph.D. in Education at Indiana University, but he decided to turn down the degree. Afterward, he chose law and earned five degrees in the area including his first law degree from Lincoln College in 1935 and his J.D. from Indiana University in 1946 at the age of 57. He then embarked upon a lucrative career. After passing the Indiana bar in 1935, he entered private practice and eventually was allowed to argue cases before the Indiana Supreme Court.

He also continued his education earning his last academic degree from Butler University at the age of 75. In 1972 John Morton-Finney, now 83, was admitted to practice law before the United States Supreme Court. At age 96, he earned his Doctor of Letters degree through Lincoln College (now University). He was inducted into the National Bar Association Hall of Fame in 1991 before retiring in 1996 at the age of 107 making him one of the longest-practicing attorneys in United States history.

Dr. John Morton-Finney died on January 28, 1998, at the age of 108. He is buried at Crown Hill Cemetery in Indianapolis, Indiana along with his wife and daughter. He lived his life under the following principle: “I never stop studying. There’s always lots to learn. When you stop learning, that’s about the end of you.” His lifelong legacy of learning lives on through the “Dr. John Morton-Finney Leadership Program” at Butler University for students who share his desire for quality education.